The Ohio University School of Music offers Bachelor’s and Master’s degrees in organ performance, with curriculum that includes applied study, organ literature and organ pedagogy courses. The University chapel has an outstanding tracker organ built by the Gene Bedient company in 1997. It serves as the primary instrument for organ instruction and practicing. There are scholarships available for qualified students and graduate assistantships are possible for Masters candidates. 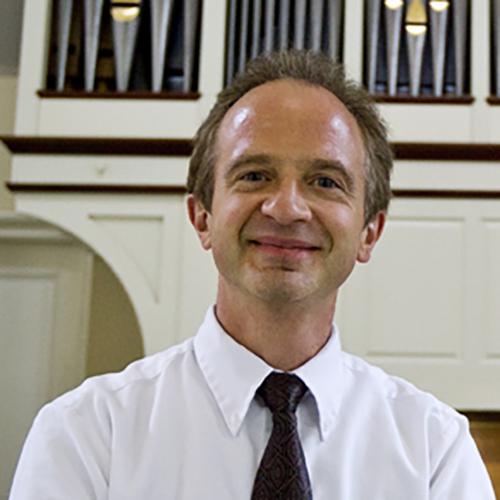 Dr. Paul T. Barte has been a member of the music faculty at the Ohio University School of Music since 1997, where he teaches organ and harpsichord, organ literature and pedagogy, and music history classes. In 2016, he created a course on Wagner and The Ring, which culminated in taking the class to Washington DC to see the Washington National Opera’s production of the cycle. He was the 2005 recipient of the OU School of Music’s Distinguished Teaching Award. In addition to his academic responsibilities, he also serves as University Organist.

From 1990-97, Barte was on the music faculty of Idaho State University in Pocatello. He is a Minnesota native and earned his bachelor’s degree from the University of Minnesota, where he was an organ student of Heinrich Fleischer and Dean Billmeyer. Studying with George Ritchie, he completed a master’s degree at the University of Nebraska-Lincoln in 1987. He began doctoral studies in organ performance at the Eastman School of Music as a student of Russell Saunders in 1987. He graduated with a Doctor of Musical Arts degree from Eastman in 1995, having completed a dissertation on the keyboard manuscripts of Johann Christoph Bach (1673-1727) of Gehren, a second cousin of J. S. Bach. The dissertation was written under the supervision of Buxtehude scholar Kerala Snyder.

He has performed extensively in the United States and abroad. Recent performances include recitals on the world-famous Mormon Tabernacle organ. Barte has also presented recitals and workshops at Regional and National conventions of The American Guild of Organists (AGO) and the Music Teacher’s National Association (MTNA). He also gives concerts in costume, portraying Johann Sebastian Bach.

Barte served for six years on the AGO National Council, serving as the Regional Councillor for Region V. In this capacity he worked with the Guild's chapters in Ohio, Indiana, Kentucky, Illinois, and Michigan. In 2000, 2003 and 2007, he served as director for AGO-sponsored Pipe Organ Encounters (POE) held at Ohio University. POEs provide junior high and high school students an opportunity for intensive exposure to the organ in a summer-camp environment. In 2000 he coordinated Ohio University's "Bachfest 2000" which featured presentations by eminent Bach scholars Christoph Wolff and George Stauffer. Dr. Barte has diverse experience as a church musician, having served Lutheran, Catholic, Methodist, UCC, Latter-day Saint, and Unitarian congregations in Minnesota, Nebraska, New York, Idaho and Ohio.

In his spare time, he is an avid runner, having completed numerous marathons and four ultra-marathons–the JFK 50-miler in 2012 and 2017 and the Thunderbunny 50K in 2016 and 2017. Since beginning running in 2010, he has run more than the Earth’s circumference!