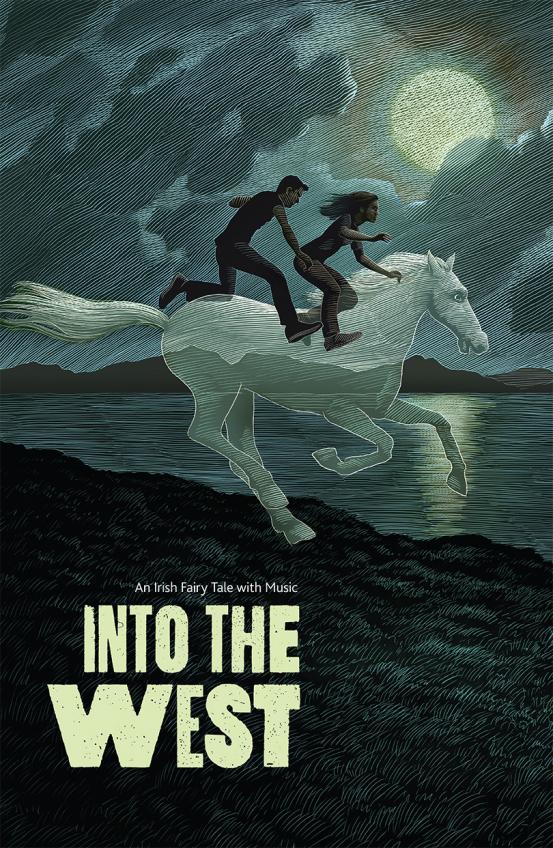 A white horse, a lost mother, and the adventure of a lifetime

Ally and Finn settle in the big city of Dublin, expecting a better life. But, trapped in mourning for their mother, they merely take care of Pa, who tries to drink away her memory. When a mythical horse trots into the scene, they race off into the Irish countryside. At the end of their journey is the sea, their father transformed, and even a bit of what they’ve lost. With just three actors playing sixty roles, and with live music throughout, Into the West bursts with imagination and heart–and it’s perfect for the whole family. 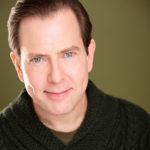 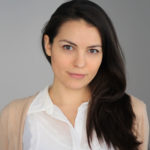 Turna Mete is delighted to be making her Tantrum Theater debut and return to her birth state of Ohio. Off-Broadway: Soldier X (Ma-Yi), The Parable Conference (BAM); Triple Threat, Asking for Trouble (Ensemble Studio Theater); Looking at Christmas, Office Hours, The Great Recession (The Flea). Regional: The Who & The What (Huntington Theatre Company); The Way We Get By (American Theater Group); Time Stands Still, The 39 Steps (Theatre Workshop of Nantucket). She has helped develop new work at Ensemble Studio Theatre, The Lark, New Dramatists, and The Flea Theater. Film/TV: Hiding In the Open, How He Fell in Love, Deadbeat (Hulu). CSUF. www.turnamete.com 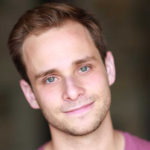 Robertson Witmer is a freelance composer and sound designer from Seattle, WA. His work was heard last season in Tantrum’s production of Dancing at Lughnasa. Other recent credits include The Cherry Orchard, Daisy (ACT); Much Ado About Nothing, Bring Down the House, Mother Courage (Seattle Shakespeare Company); and The Flick (New Century Theatre Company). His onstage appearances include Mr. Burns, a Post-Electric Play (ACT); A Doctor in Spite of Himself (Intiman Theatre, Berkeley Rep, Yale Rep); Fiddler on the Roof (ATC, Village Theatre); and West (On the Boards). His designs have also been heard at Teatro ZinZanni, Seattle Rep, and Spectrum Dance Theater. In 2013, Rob received the Gregory Award for Outstanding Sound Design. He is a member of United Scenic Artists, Local USA 829.

Brian Epperson is an MFA candidate in Ohio University’s Professional Actor Training Program, making his Tantrum debut with Into the West. Before landing in Athens, OH, he spent a decade touring with Missoula Children’s Theatre and traveled to all 50 states and 10 countries performing with children across the world. In his time at Ohio University he has appeared in Much Ado About Nothing (Benedick), The Ladies Man (Dr. Molineaux), Glenngarry Glenn Ross (Moss), Middletown (Cop), and Ohio based films A Mother’s Heart and Departure.

Evie Weir is a senior in the theater performance program at Ohio University. Some of Evie’s past roles include Stop Kiss (Callie) and The Ladies Man (Suzanne Aubin). She will be performing as Waitress/Kit/Shona in Ohio University’s fall production of Top Girls.

Jen Wineman is a director/choreographer based in Brooklyn. Her work has been seen at theaters in New York and across the country. Off Broadway: F#%king Up Everything. New York: Fable (NYMF); The King’s Whore (Walkerspace); Estrella Cruz [The Junkyard Queen] (Ars Nova). Touring Productions: Twelfth Night, A Midsummer Night’s Dream (Asolo Repertory Theatre). Regional: Baskerville (Dorset Theatre Festival); The Elaborate Entrance of Chad Deity (Asolo Rep); Sweeney Todd (Playmakers Rep); The 39 Steps, Shipwrecked (Triad Stage); The Hunchback of Seville (Washington Ensemble Theatre); Bubble Boy (American Theater Group); Aloha Say the Pretty Girls (Theatre Vertigo). Jen is a co-founder and the former co-artistic director of Studio 42, a New York City-based company, that from 2001-2015 produced “unproducible” plays by emerging playwrights. She has taught at Vassar College, Ithaca College, SUNY Purchase, and is on the faculty at Primary Stages Einhorn School of Performing Arts in New York City. Up next, Jen will direct and choreograph Shakespeare in Love at Virginia Repertory Theatre. Education/Training: BA Vassar College, MFA Yale School of Drama. Much love to Bedirhan and Melik. www.jenwineman.com

Alan C. Edwards (Lighting Designer) Since receiving his MFA from the Yale School of Drama, Alan has had great opportunities to design for a diverse selection of theatre companies. For The National Black Theatre: Kill Move Paradise, Carnaval, Dead & Breathing, and Dutchman (Audelco Nom.). Other credits include the world premiere musical Stagger Lee by Will Power & Justin Ellington, The Mountaintop (Dallas Theatre Center); Henry 4 Part 2, Fingersmith (OSF); The Elaborate Entrance of Chad Deity (Asolo Rep); We Are Proud to Present… (The Guthrie); The Piano Lesson and A Delicate Balance both at Yale Rep, and The First Noel and Macbeth (Audelco Award) for The Classical Theatre of Harlem. OPERA: Maria de Buenos Aires (Mill City Opera), Acis & Galatea (Madison Opera), Suor Angelica (Simpson Opera). DANCE: Madiba (Jeremy McQueen). He has also had the pleasure of designing the concert Holding It Down by Vijay Iyer & Mike Ladd. BROADWAY: Assoc. to Jennifer Tipton on the Testament of Mary. www.alancedwards.com