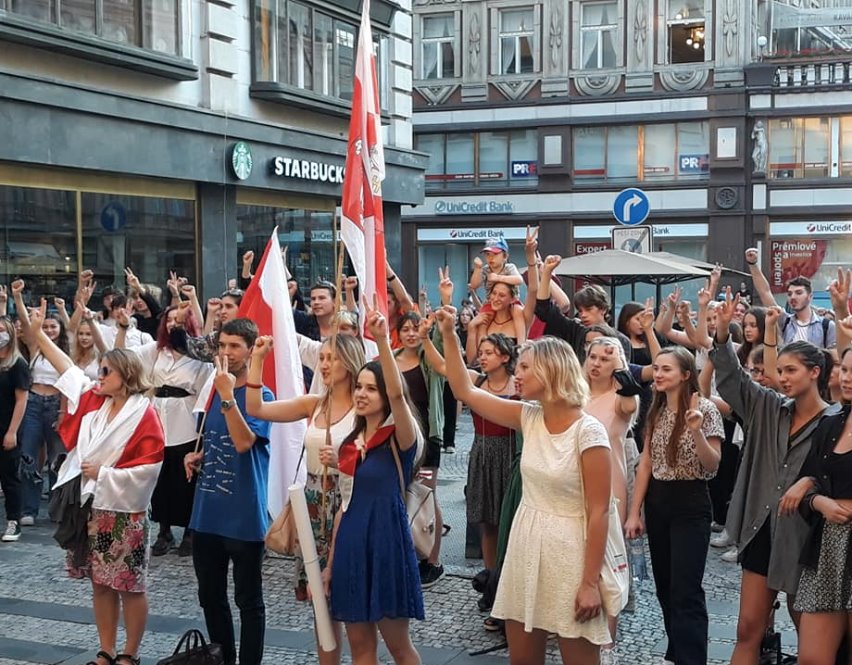 This play was written by Andrei Kureichik, the well-known Belarusian playwright and member of the Coordination Council of Belarus. It tells the story of the first month of the Belarusian revolution, its ups and downs on the eve of the inevitable democratization of the country after 26 years of dictatorship. All characters have real prototypes, in some you will recognize former and current leaders of the country, in others - incredible Belarusians who have gone out to battle the totalitarian machine, sometimes at the cost of their lives, their freedom, and their loved ones. They represent polar points of view in the awakened Belarusian society. The author seeks to understand how the Belarusian revolution differs from Prague in 1968, Russia in 1991 and Ukraine in 2014. He tells of the tragic escalation of violence and repression employed by the authorities to repress freedom-seeking Belarusians with bayonets and clubs, and how solidarity, truth and faith in human values inevitably lead to victory over evil.

Tantrum Theater is made possible in part by state tax dollars allocated by the Ohio Legislature to the Ohio Arts Council (OAC). The OAC is a state agency that funds and supports quality arts experiences to strengthen Ohio communities culturally, educationally, and economically.