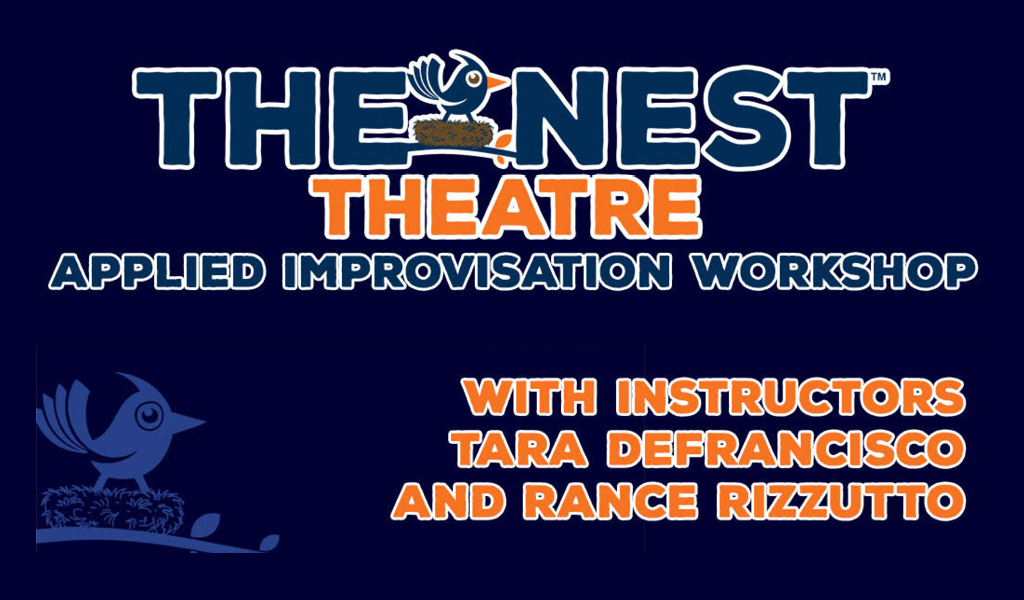 A six-week residency that culminates in a public performance livestreamed on Facebook Live Oct. 21. 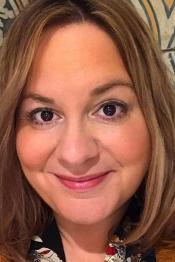 Tara DeFrancisco, BSC, CERT ’98, believes in the power of connection and collaboration of improvisation on a cellular level. She is a veteran performer of 6000+ shows on multiple world-renowned stages, including The Second City, ComedySportz, and iO Chicago (on beloved house team Chaos Theory, The DelTones, Armando Diaz, HERE). Tara is internationally known for her performances in “HERE, the (improvised) Musical,” a two person improvisational show called “Nothing Short of Genius” from NPR, which has been brought to 24 countries and 80+ cities worldwide to headline. One of the best things she’s ever made is The Improv Retreat, an event gathering hundreds of US and international improvisers each year for a sleepaway conference with teachers from multiple cities to celebrate their craft, now eight years running. Additionally, she is the co-founder, artistic director, instructor and mainstage performer for revered and beloved The Nest Theatre in Columbus, Ohio, a leading performance and educational community producing 25 mainstage shows year-round. She is an esteemed educator creating curriculum for theatres all over the world, including all four mentioned above. As an artist, you may know her from stages mentioned above, but also has performed in voiceovers (Sirius, Rocky Rococo, Crocs, 7 Little Johnstons, SunTrust), commercials (Dish TV, Vegas.com, US Cellular, Sears, SunTrust), movies (The Life + Times of An Unhappily Married Man), Internet Game Show (One Hot Dollar), and television (ABC Family, LOGO TV). She believes in that the tenets of improvisation and vulnerability of comedy are transformational and life-changing and hopes she gets to share the joy it has brought her with you. 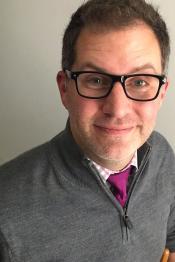 Rance Rizzutto has been professionally improvising since 1999 on stages all around the world. Starting in Portland, OR with ComedySportz, Rance soon found his calling as a mainstage performer at two theatres in Chicago after the big move, then sustained multiple tours with Second City Theatricals aboard Norweigian Cruise Lines. In Chicago, he most connected with iO Theatre where he became an adored performer and host featured on such beloved teams like Chaos Theory and The Deltones and later a lauded two-person touring duo, “HERE, the (improvised) Musical,” which tours globally as invited headliners at festivals, schools, and performing arts centers. An incredible host, teammate, and curriculum designer, his improv and prior work experience have enabled him to help businesses grow utilizing improvisation principles for their communication and team unity needs. He is the co-founder, Training Center director, instructor and mainstage performer at the revered The Nest Theatre in Columbus, Ohio. In addition to hosting hundreds of live industrials, you can catch him on an internet game show (One Hot Dollar), and you may have seen Rance in television commercials for Hewlitt Packard or Sears or hear his voice in animated commercials for Sears as well (as a bear, in case you’re wondering). His life has completely transformed due to enrichment from improvisation and he finds great passion in the potential energy and fun in the comedic arts he is fortunate to have as a career. 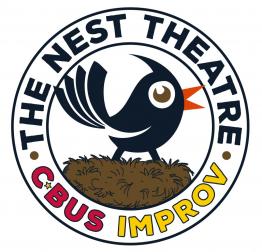 The Nest Theatre is the only brick and mortar space solely dedicated to improvisation, comedy, podcasting, storytelling, sketch, and experimental theater in Ohio. Founded in 2016 after years of guest-facilitating interested new students in Columbus on trips home and after 15+ years of professional performance careers in Chicago, the still relatively-young co-founders moved to Columbus to establish the theatre at the behest of the community at large who asked them to guide an educational space and stage with Chicago prowess and Columbus heart. As their personal careers still flourish the co-founders now happily nourish the incredible blooming community making magic by their own right. Beginning with three sold out classes of 48 students in 2016, The Nest became a thriving space of 500 past and continuing students by 2019 with indie teams, a growing educational staff and many flagship shows and mainstage performers. The Nest is known as one of the artistic spaces leading the charge for ethical spaces in our artform, requiring each artist, student, or visitor to comply with a Code of Ethics manifesting a sanctioned Safe Space in Columbus, Ohio. The Nest was among the first to award a novel thing called a "no-paperwork scholarship" to those that need amplification and equity in improvisation, including LGBTIQ, BIPOC, persons with different ability, those over 65, and veterans. Our mission is to create comedy, connection, and truth on our stages that permit audiences to feel represented and share in the human experience. Check out all of their shows, workshops, and master classes and its ability to help in private events, businesses, lectures, keynotes, and live-events at nesttheatre.com.