Tammy Faye Bakker was the sweetheart of Christian television in the 1980s until fraud and sex scandals brought her world crashing down. In this fevered dream at the end of her life, Tammy Faye enlists the men she loved to help her get back on TV and tape one last media extravaganza. Merri Biechler’s new play wipes clean the mascara and tears to make known the naked truth, and ask: to whom, and for what, do we so desperately devote ourselves?

The Columbus Dispatch heralded Tammy Faye’s Final Audition as “touching, amusing, and ultimately inspiring,” said that it “packed a punch,” and it rained praise down upon our “superb two member cast.” 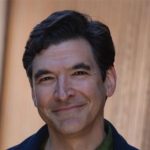 Jonathan Hadley most recently appeared on Broadway as “Bob Crewe” in the hit musical Jersey Boys, a role he then played for five years on the First National Tour, as well as in Seoul and Kuala Lumpur. He was previously seen on Broadway channeling Marvin Hamlisch and Michael Bennett in A Class Act and Off-Broadway in Widowers’ Houses, The Rothschilds, Finian’s Rainbow and Theda Bara and the Frontier Rabbi. Tours include Into The Woods (with Cleo Laine), Joseph…(with Donny Osmond), Fiddler on the Roof (with Theo Bikel) and Forbidden Broadway in the US and Australia. Favorite regional credits include leading roles in Vanya and Sonia and Masha and Spike, Pete N Keely, Dirty Blonde, Born Yesterday, Yiddle With A Fiddle (Boston Herald Award), Amadeus, Loves Labors Lost, and Call Me Madam (starring Leslie Uggams).  TV: Another World, Kidsworld & Sex and the City. Jonathan served as the Interim Producing Director of the Depot Theatre for two seasons and has directed Much Ado About Nothing and Tartuffe for New York’s Sonnet Repertory Theatre and Spring’s Awakening for Brooklyn College. Jonathan holds a BFA in acting from the University of the North Carolina School of the Arts and an MFA in directing from Brooklyn College.

Dennis Lee Delaney is a veteran of the regional theater circuit, having directed more than 110 productions—both professional and in university training programs—over the past few decades.

New York credits include the original New York workshop productions of the musical Reefer Madness and the Obie-winning one-man show, Another American: Asking and Telling.  Dennis is a Phi Beta Kappa graduate of Marietta College, earned his MFA in Directing from Rutgers University/Mason Gross School of the Arts, where he studied with William Esper and Harold Scott.  For the past twelve years he has been Head of the Professional Director Training Program at Ohio University where he has directed The Cider House Rules, Pt. 1, Twelfth Night, The Comedy of Errors, Betty’s Summer Vacation, The Hostage, Holiday, Eurydice, Girl Band in the Men’s Room, The 39 Steps, Anton in Show Business, Much Ado About Nothing, and the world premiere of John Ray Sheline’s Fullest Vigour.  Dennis is a proud, longtime member of SDC (Stage Directors and Choreographers Society). 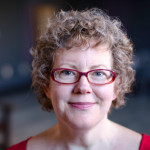 Merri Biechler is an, actor, educator, and the Managing Director of Brick Monkey Theater Ensemble, a professional theater company located in southeast Ohio. She is the recipient of a 2014 Boomerang Fund for Artists award.

Merri received her MFA in playwriting from Ohio University. As an actor, Merri studied with Sanford Meisner at the Neighborhood Playhouse and at his home on the island of Bequia, West Indies.  She spent 18 months with the original Off-Broadway cast of Tony ‘n Tina’s Wedding, appeared in the films He Said, She Said; The Thing Called Love; and Pieces of April; and guest-starred on episodes of Judging Amy, E.R., and Murphy Brown.

Winters is a Drama Desk Award-nominated lighting designer and New York Times published performance photographer. He has worked with companies such as La Mama, St. Ann’s Warehouse, Dixon Place, The Flea, New York Shakespeare Exchange, and HERE Arts Center, among others. His art photography has been displayed at Stuarts Opera House, Know Theatre of Cincinnati, and as part of a special exhibition at The Louvre. He has photographed performances at theatres such as Cincinnati Opera, Know Theatre of Cincinnati, The Mint Theatre, and Sarah Lawrence College, among others. He has been teaching lighting design and theatrical photography at Ohio University for the past two years where he also runs the photography office in the Theater Division.

Russell has had a varied career that includes costume and scenic design, costume and property crafts, event design, project management, and teaching. He is currently Assistant Professor of Scenic Design at Ohio University’s Division of Theater, where he formerly served as Head of the Costume Crafts Technology Program and an instructor of Costume Design.  Professor Russell has designed numerous productions with the Resident Ensemble Players and Professional Theater Training Program at the University of Delaware. Set designs include: The Patsy, Macbeth, Angels in America, Hayfever, Travesties, Ah Wilderness, and The Mousetrap for which he also designed the costumes. Costume designs include: The Importance of Being Earnest and Tartuffe. Prof. Russell has been Production Designer for Enchantment Theatre Company for 13 years and has been responsible for the costumes, puppets and scenic designs for numerous productions. Most recently Prof. Russell designed Peter Rabbit Tales in collaboration with Penguin Publishing and the Beatrix Potter Estate to celebrate Beatrix Potter’s 150th birthday.  Additional credits include costume designs for The Shakespeare Theater of New Jersey, The Pittsburg Public Theater, and Theater Works in Hartford Connecticut. Event design and project management for LIV Design and Design ETC in New York City for the International Toy Fair. In addition to his design work, Prof. Russell has been on staff at The Santa Fe Opera for 18 years where he has served as the Master Craftsperson in the prop shop. Russell received his BFA from Ohio University School of Theater and MFA from New York University TISCH School for the Arts. Website: cdavidrusselldesign.com

Johnson is a junior in the stage management program at Ohio University. His Ohio University credits include stage managing Really Really and assistant stage managing The Cherry Orchard,Noises Off, and The Penelopiad. He is grateful to be a part of something so grand and new. He would like to wish everyone good luck for the run of the show.