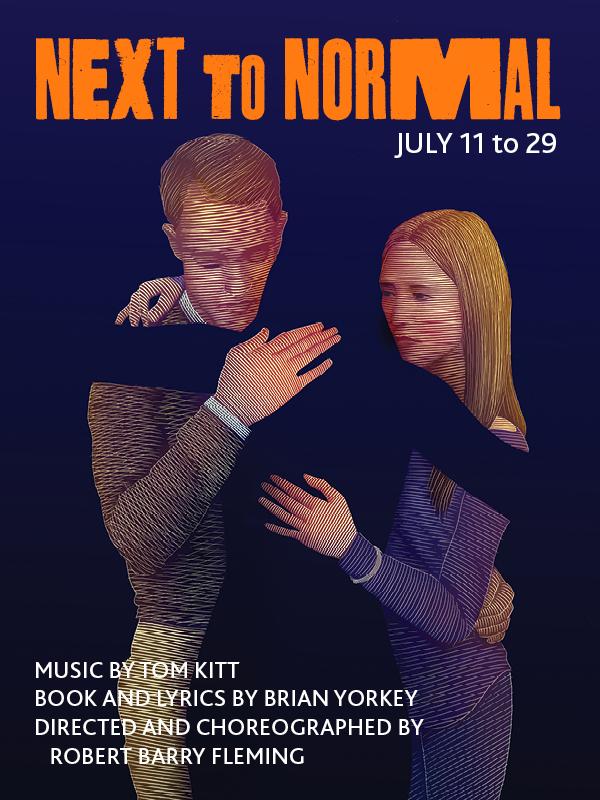 Father, mother, sister, brother. The Goodmans may seem like a comfortable family, but they’re just trying to make it through another day. Winner of the Pulitzer Prize for Drama and three Tony Awards, this emotional rollercoaster of a rock musical twists through suburban life in contemporary America with honesty and heart. Examining one family’s struggles with mental illness, medication, and grief, Next to Normal offers hope for self-acceptance even when nothing is truly normal. 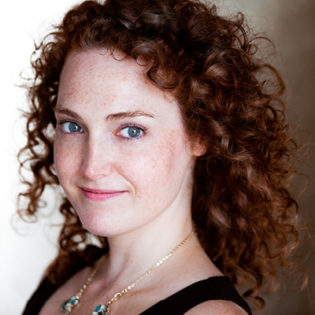 Kelsey Venter is thrilled to be making her Tantrum debut with Next to Normal. Regional credits include Mr. Burns: a post-electric play (co-production with the American Conservatory Theater and the Guthrie Theater); The Last Five Years, Love & Information, Monstress, ‘Tis Pity She’s a Whore and A Christmas Carol (The American Conservatory Theater); Dr. Seuss’ How The Grinch Stole Christmas and Sense & Sensibility (The Old Globe Theater); The 25thAnnual Putnam County Spelling Bee (PVPA), Big Fish, The Miracle Worker, Les Miserables (San Diego Critics Circle’s Best Supporting Actress), The 39 Steps, Trying and Guys & Dolls (Lamb’s Players Theater); I Love You Because (North Coast Rep); She Loves Me and Boeing-Boeing (CenterREP); The Threepenny Opera and Seagull In The Hamptons (Shotgun Players). Venter earned her BA in Theatre from SDSU and her MFA in Acting from the American Conservatory Theater. www.kelseyventer.com 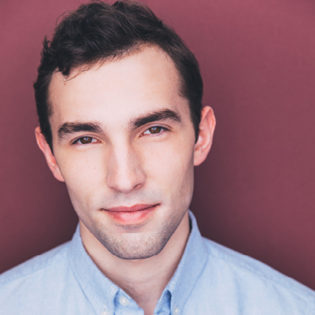 Riley McFarland is a California native based in New York City and is thrilled to be doing his first show with Tantrum Theater. National Tours: A Gentleman’s Guide to Love and Murder (2nd National) Off-Broadway: The Sorceress (The National Yiddish Theater Folksbiene) Regional: The Baker in Into the Woods, John Proctor in The Crucible, John Jasper in The Mystery of Edwin Drood, and Dr. Madden/Dr. Fine in Next to Normal (The Wagon Wheel Centre for the Arts) Freddy in My Fair Lady (The Encore Theater) Lt. Cable in South Pacific and Mr. Knightley in Emma (Summer Repertory Theater). 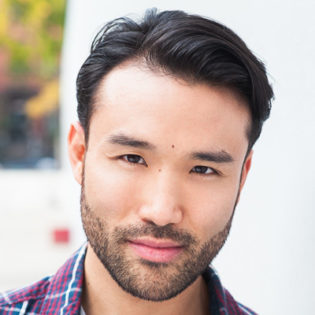 Marc delaCruz is beyond thrilled to join Tantrum Theater for the first time. Now New York based, he is originally from Seattle. In 2014-15, he was part of the original Broadway cast of If/Then by Brian Yorkey and Tom Kitt. Off-Broadway credits include Three Days to See (Transport Group) and Pacific Overtures (Classic Stage Company). Tour/International: If/Then, Disney’s High School Musical, The Wedding Banquet and Where Elephants Weep (Cambodia). Regional work includes Vietgone (Studio Theatre), Making Tracks and The 25th Annual Putnam County Spelling Bee (San Jose Rep), and various works with North Carolina Theatre, ReAct, the Northwest Asian American Theatre, the 5th Avenue Theatre and Village Theatre. He is so grateful to this team of artists and the Ohio University and Dublin communities for the opportunity to tell this story. 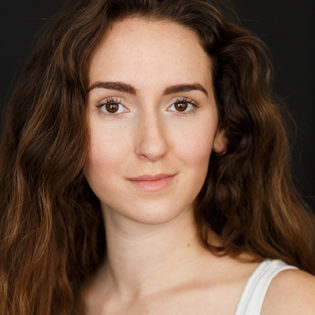 Bradley McKelvey-Askin is a New York City based alumna of Ohio University’s BFA Acting Program and feels incredibly honored to be making her professional theatre debut at Tantrum with Next To Normal. Some of her favorite roles include Hope Cladwell (Urinetown) and Yvonne Molineaux (The Ladies Man). After a year away from the stage, she couldn’t be more thankful for the opportunity to tell this important story. 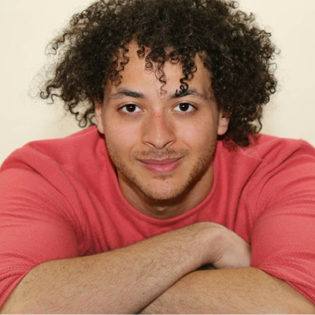 Tyler Tanner is a proud graduate of the Ohio University BFA program (Class of 2016). He recently finished up his position at the Orlando Shakespeare Theater as an Acting/Education intern. While there he performed in various productions such as Shakespeare in Love (Wabash/Frees), Twelfth Night (Valentine/Priest), Man of La Mancha (Tenorio), It’s a Wonderful Life: A Live Radio Play (Foley Sound Guy), and Showtime with Shakespeare (Will Shakespeare). Some of his favorite past productions include Well Intentioned White People (Parker), Macbeth (Angus), Tecumseh! (Black Hoof/Big Owl), and Rashomon (Priest). He hopes you enjoy the show! 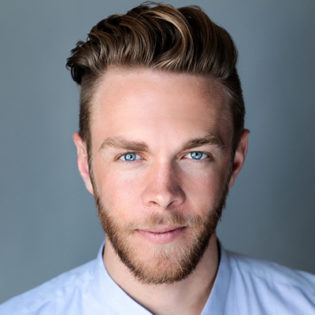 Robert Barry Fleming is thrilled and honored to return to Tantrum with NEXT TO NORMAL after directing and choreographing last season’s Caroline, or Change. Recent credits after his Cleveland Play House directorial debut of Between Riverside And Crazy include Destiny of Desire (OSF), the critically acclaimed production of The Royale (CPH) and the new musical, MINTON’S PLACE, which was recently presented in the CPH New Ground Theatre Festival. He serves as CPH Associate Artistic Director and on the Case Western Reserve University/ CPH MFA Acting Program faculty. He has worked as a director, choreographer, and actor in many of the leading resident theaters across the country (i.e., The Public, The Taper, The Guthrie, La Jolla Playhouse, South Coast Rep, The Goodman and The Old Globe) and his work has been represented on Broadway (Stand-Up Tragedy,  Ragtime), in television and film (including the Oscar-winner, L.A. Confidential). He was an associate producer for the NYC revival of Tennessee Williams’ The Two-Character Play starring Amanda Plummer and Brad Dourif, and was a tenured Associate Professor and Chair of the Theatre Arts and Performance Studies Department at the University of San Diego (Old Globe/ USD Graduate Acting MFA Program faculty, as well). Robert was a SDCF Charles Abbott Directing Fellow, 2017 CNJ Award for Best Director of a Drama for his production of Riverside(Best of Cleveland Theatre), San Diego Critics Circle Craig Noel Award winner, is a two-time honoree of the Bay Area Critics Circle Award for Outstanding Direction of a Musical and a Helen Hayes Award nominee for Outstanding Choreography for a Play for the world premiere of Karen Zacarias’ Destiny of Desire at Arena Stage. Previously, he was the Director of Artistic Programming at Arena Stage under Artistic Director, Molly Smith. Other Arena Stage world premieres commissioned, scouted, and/or nurtured under his watch include the 2017 Best Musical Tony-winner, Dear Evan Hansen and 2017 Pulitzer Prize winner, Sweat.

Jordan Cooper is thrilled to be working at Tantrum Theater! His career has brought him over 20 years of classical piano training and experience musical directing all over the east coast. His love of theatre and passion for the arts began at a young age and has flourished into a thriving theatre career. He is an accomplished director, conductor, music director and pianist who has had the pleasure of working at Dobama Theatre, Cleveland Play House, Playhouse Square, Lakeland Civic Theatre, Cain Park, and the list goes on. Favorite credits include: Next To Normal, The Light In the Piazza, Violet, Bridges of Madison County, Merrily We Roll Along (Lakeland); Rock of Ages, The Toxic Avenger, Godspell, The Frogs (Cain Park); The 25th Annual Putnam County Spelling Bee, Little Foxes (Cleveland Play House); A Civil War Christmas, Peter & The Starcatcher (DOBAMA). Upcoming credits include: A Little Night Music (Lakeland); Ella Enchanted (DOBAMA).

Michael Lincoln designed for last year’s and the inaugural production of Tantrum Theater. His professional lighting design career numbers well over 300 productions in theatre, opera and dance. He has designed on Broadway, Off-Broadway, regionally and internationally for more than 30 years. Highlights: the Broadway and national tours of , the Playwrights Horizons production of, and the Cleveland Play House production of . Michael’s extensive regional credits include long associations with Indiana Repertory Theatre, Alley Theatre in Houston, and the Studio Theatre in Washington, DC. He has consulted on renovations for both Indiana Rep and Studio, where he designed lighting systems for two new theaters and all support spaces in the three-building complex. Michael has multi-year associations with Los Angeles Ballet, Tulsa Ballet, and Santa Fe Opera. Michael taught for fourteen years at New York University’s Tisch School of the Arts and for two years at the University of Southern California. Michael began at Ohio University in 2003, where he served as Head of the Production Design and Technology program from 2007–2012 and has since served as Artistic Director/Division Head of the Theater Division.

Trip Venturella is an MFA Playwright at Ohio University. His work include Killer Maples: The Musical! and The Water Baby. He was the dramaturg for Ohio University’s production of Stupid F***ing Bird. He was formerly the Director of Development for Apollinaire Theater Company in Chelsea, MA. He is also the author of the sci-fi role playing game Municipal Garbage Pickup Simulator, available on Amazon Alexa.