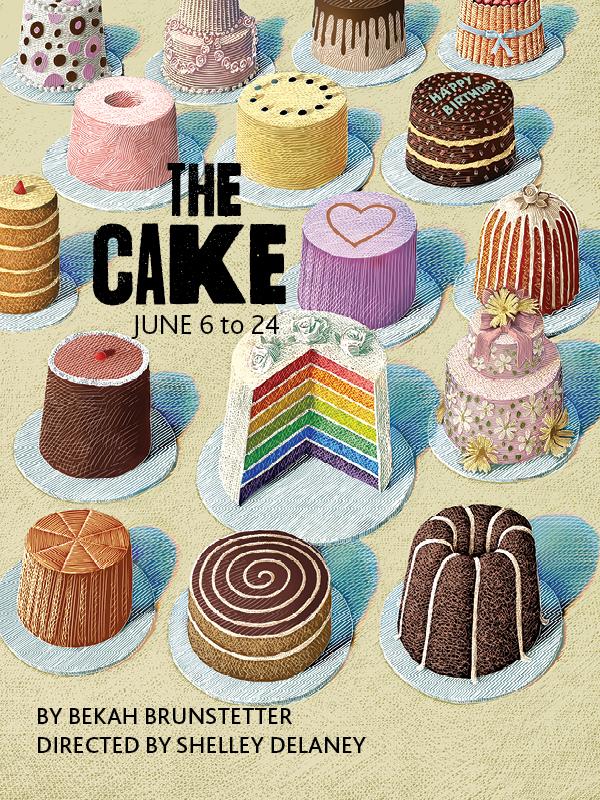 Love is patient, love is kind. It does not envy, it does not boast, it is not proud.

Della believes there’s no problem so big it can’t be solved while eating one of her perfectly delicious cakes. When Jen, the daughter of a dear friend, returns home to get married, Della is thrilled to bake the wedding cake—until she discovers Jen’s groom is not a groom, but a bride. Della is torn between deeply held faith and her love for Jen, who struggles to reconcile her own conservative roots with her liberal life. In a nation deeply divided on social issues, this new play by Bekah Brunstetter (NBC’s This Is Us) is a delectable confection of humor, compassion, and Southern hospitality. How do we love when the political meets the personal? 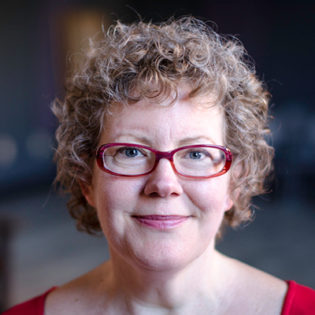 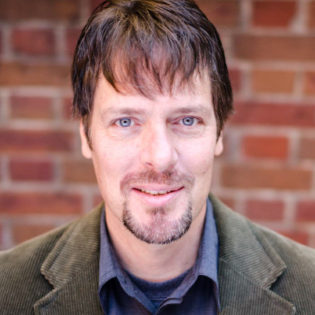 Brian David Evans (Tim) has performed at theaters including South Coast Repertory, Greenbrier Valley Theatre, Human Race Theatre, CATCO, Porthouse Theatre, and the Colorado, Illinois, and Oxford Shakespeare Festivals.  He was last seen at Tantrum as Michael in Dancing at Lughnasa. Film and Television credits include Chapelle’s Show, Judging Amy, Claire in Motion and Rocky, Farewell. In Los Angeles, he acted at venues including the Stella Adler Theatre, the Raven Playhouse, Metropole Theatre Works, Knightsbridge Theatre and Elephant Stageworks.  Directing credits include Cymbeline with Available Light Theatre, Shakespeare’s Fight Scenes and Henry IV, Part One at Oxford Shakespeare Festival and Romeo and Juliet at Monomoy Theatre. Brian teaches at Ohio University and is an Associate Teacher of Fitzmaurice Voicework and a Certified Teacher with the Society of American Fight Directors. He received his MFA in Acting from UC, Irvine. 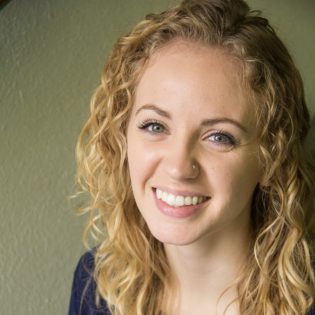 Constance Leeson (Jen) is tripping over herself with excitement to be returning to the stage after a two-year hiatus. Graduating from Ohio University in 2016 with a Bachelor of Fine Arts, she did what any fresh college graduate with mountains of debt would do: started a completely new career and got married. Constance now works as an agent with Berkshire Hathaway HomeServices Calhoon Company, Realtors (a mouthful, we know) and lives in Columbus with her partner, Ben, and their adorably large feline. Although Constance has not been seen on stage since the world premiere of Occupation: Dad, she has been actively participating in small films to keep her skills sharp. After her brief break, she is beyond thrilled to be collaborating with such a phenomenal cast and crew. 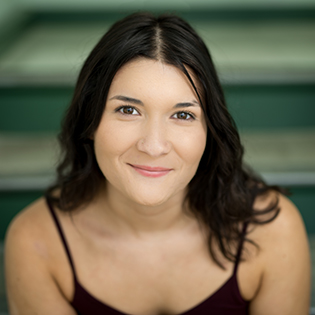 Kelsey Elyse Rodriguez (Macy) is thrilled to be joining Tantrum Theater for another summer. Prior to this production, she was in the first production of Tantrum Theater’s inaugural season, Little Shop of Horrors, in which she played Ronette. This past year she worked as an Emerging Professional Resident at The Milwaukee Repertory Theater where she was a part of many productions, including: Guys and Dolls, A Christmas Carol, Animal Farm, and Our Town. She received her BFA in acting from Ohio University and is a proud Bobcat. She looks forward to sharing this play with the Dublin community and hopes it impacts them in a way that promotes positive change.

Shelley Delaney (Director): Tantrum Theater Company: Tammy Faye Bakker in Tammy Faye’s Final Audition, 2016. Directing credits include the world premiere of The Surrogate by Patricia Cotter at Centenary Stage Company; The Crucible, Doubt, The Learned Ladies of Park Avenue and Blood Knot at the Monomoy Theatre on Cape Cod; Annapurna and two seasons of An Appalachian Christmas Carol for Brick Monkey Theater Ensemble, and multiple productions for The Drilling Company in NYC. As head of the Performance Program at the Ohio University School of Dance, Film, and Theater, Shelley has directed four MFA thesis premieres as well as a range of plays including In the Next Room, The Library, Intimate Apparel, As You Like It, Well, Baltimore Waltz, Knock Me a Kiss and The Laramie Project. Shelley’s acting credits include work at The Cincinnati Playhouse, McCarter Theatre, Bay Street Theatre, Victory Gardens (Joseph Jefferson nomination for Free Man of Color), GeVa, Capital Rep, Delaware Theatre Company, Virginia Stage, Pittsburgh Irish and Classical Theatre, Two River Theatre, Dorset Theatre Festival and Florida Rep. Shelley is married to director Dennis Lee Delaney, and is a proud member of Actors’ Equity Association and SAG/AFTRA.

S. Watson is thrilled to be working with Tantrum! She has worked on a number of workshops for New York Stage and Film at the Powerhouse Theater including The Lightyears, Bright Star, The Fortress of Solitude, Hamilton, Taylor Mac – A 24-Decade History of Popular Music. New York Credits: Hamlet, Two Noble Kinsmen, Merchant of Venice, The Winter’s Tale, Wrecks(Underling Productions), Our Town (St. Bat’s Players), If on a Winter’s Night(Everyday Inferno), Romeo and Juliet (Stages on the Sound), Considering the Lilies (FP Collective), Live from the Surface of the Moon, King Sisyphus (Stable Cable Lab Co), Man and Coconut(IRT Theater). She has also designed over 40 productions for Cincinnati Shakespeare Company. Favorites include Timon of Athens, King John, As You Like It, and most recently Othello. Other Regional credits: Twelfth Night (Centre College), The Tramp’s New World (Diogenes Theatre Co.), Dying City, Dead City, Bent, Jerry Springer: The Opera (New Stage Collective), The Secret Garden(Carnegie Performing Arts Center). Watson currently resides in Brooklyn, NY where she works as a designer and a professor. She holds a BA from Centre College and an MFA in lighting design from Ohio University. www.swatsondesigns.com

Sharath Patel (Sound Designer) was raised between Appalachia and India while spending the following years studying across Europe and New England. Before arriving in the Pacific Northwest, he spent nearly a decade as a lead sound designer in New York City. Recent design highlights include Ibsen in Chicago (Seattle Repertory Theatre); WIG OUT! (American Repertory Theatre/Company One—Boston) The Crucible, The Royale (ACT Theatre—Seattle); As You Like It (California Shakespeare Theater—Oakland); Between Riverside and Crazy, Grand Concourse, Tribes (Artists Rep—Portland); Coriolanus: Fight Like a Bitch (12th Avenue Arts—Seattle); Free Outgoing (East West Players—Los Angeles); 26 Miles, Dead Man’s Cell Phone (Profile—Portland); The Piano Lesson, Jitney, King Hedley II, The Brother/Sister Plays (Portland Playhouse). Other regional international credits include designs in New York City, Washington D.C., Norfolk, Raleigh, Aspen, India, France, England, Germany, and Romania. Sharath recently completed a yearlong Visiting Assistant Professorship at Reed College and co-led the Light and Sound Training Program in Vietnam in conjunction with the U.S. Department of State, U.S. Consulate, and World Learning Inc. He has previously served as a lead designer, guest artist, instructor, or lecturer at Yale, Fordham, Columbia, Willamette, Ohio, Portland State, and Butler Universities. Sharath is a member of the Theatrical Sound Designers and Composers Association (TSDCA) and is an Arts Envoy for the U.S. Department of State. He holds a BFA from Ohio University as well as an MFA in sound design from the Yale School of Drama and is very proud to be a Resident Artist at Artists Repertory Theatre. www.sharathpatel.com

Jean Egdorf (Stage Manager) is a second year student in Ohio University’s MFA playwriting program. She comes to Ohio from Colorado where she earned her BFA in applied theatre technology and design and BA in English writing from Metropolitan State University of Denver, and where she worked as a stage manager and dramaturg for over a decade. Her dramaturgical essays have been published in ArtsCentric for the Arvada Center for the Arts and Humanities. Stage management credits include Boomtown! Improv Comedy, The History Room, Kind of Red, Good on Paper, Our Town, and Guys & Dolls (Creede Repertory Theatre), LOCAL LAB New Play Festival (LOCAL Theater Company), and the new musical I AM ALIVEby Emmy Award-winning composer Denise Gentilini and singer-songwriter Lisa Nemzo.