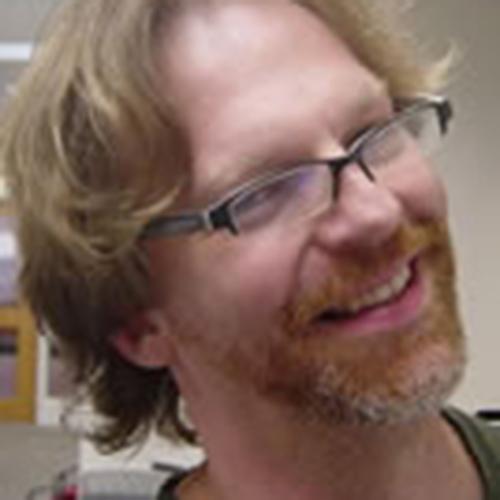 Both Art and Teaching can be acts of generosity-- an earnest sharing of those things cared about--an eager receptivity to what we don’t yet understand. Duane McDiarmid grew up a small community in Minnesota, the site of a historic mass hanging of local indigenous people. He attended an experimental school where experiential learning was primary—his education by action coupled with the complex social politics of his family and community shaped McDiarmid’s voice as an artist. He attended civil disobedience demonstrations with his babysitter, raised wild pigeons, audio recorded the elderly in retirement homes, canoed the boundary waters of northern Minnesota with his father and encountered bomb threat evacuations of his University associated school.

'One grows up with a suspicion of power and over simplified allegiances when encountering a local history of genocide and agents of your government threatening to jail your mom for resisting a war. These conditions are foundational to My re-imagining new forms and modes of art making. My work engages social strategies wherein I function as a social critic, forum facilitator and mediator as I make use of the elaborate objects and costumes I create to serve as discursive or contemplative prompts.’

After studying Biology, Anthropology, Urban Studies, Dance and Ceramics at his local University, he transferred to the Kansas City Art Institute as a student of Sculpture, Fibers and Performance Art and later completed of an M.F.A. from Florida State University in 1985.

McDiarmid constructs sculptures, performances, and initiates social intersections in fine art venues, digital communities and within remote landscapes. He has worked collaboratively with communities and individual artists. He Created a blanket dispenser for the homeless in New York City, Fed the public ice cream from a solar work embellished with high-tech interactive gizmos in remote deserts across the American southwest, Bathed in used motor oil for an audience of animals in a Maryland wetland swamp. His recent projects involve Wearing a towering French-Court inspired wig of script describing the pleasures of powers and luxury while traversing mountain passes with a Mr. Coffee pot and an entourage of minions, Dressing as a 'Gimp Skunk' to discussed American foreign policy and personal failings in London, Outfitting an Arabian horse in western saddle gear reconfigured into ‘I dream of Jeanie’ inspired garb. Currently with the support of the Santa Fe Art Institute he is making custom ritual objects for squatter communities in derelict buildings. ‘I believe there is a role for art in the lives of those least favored by our culture, laws, and sensitivities—acknowledging the propriety of each person within our communities.' McDiarmid’s work has been supported by grant money from, the National Endowment for the Arts, the Rockefeller Foundation, the Joan Mitchell Foundation as well as numerous academic institutions. His work has been presented at prestigious institutions including The Delaware Center for Contemporary Art, the Columbus Museum of Art, Carnegie Mellon Gallery, Santa Fe Art Institute, Aspen Museum of Art, The Goldwell Outdoor Museum, and with the cooperative participation of the Federal BLM, Forest Service, Colorado Art Ranch, Aldo Leopold foundation etc.

However McDiarmid claims, ‘My most important work appears through happenstance in landscapes, boutiques, websites and back alleys, in public parks, deserted real estate and hard to reach canyons here I share conversation ritual and absurdity with an activated public on an intimate scale.' McDiarmid remains an excited educator, a dedicated father, an absurdist and a person deeply in love with all of humanity in all its complex facets.