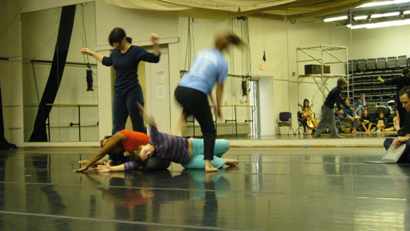 Interdisciplinary Arts faculty define the notion guiding research and teaching within the program.

A discipline is a branch of study; interdisciplinarity is the employment of multiple disciplines in the examination of a specific topic, which in our case lies within the domain of the arts. While I am particularly concerned with how the various arts operate in tandem within a certain historical and cultural moment, ultimately I leave it up to the students to determine their interdisciplinary projects. Notwithstanding, interdisciplinarity expands the boundaries of conventional knowledge exponentially, and thus should be considered at the forefront of academic inquiry.

We can distinguish two styles of interdisciplinary scholarship: the theoretical and areal. The theoretical scholar analyzes a subject already studied in depth by colleagues in his or her home discipline but deploys a theory from outside the discipline to illuminate an unseen facet of the subject. In contrast the areal scholar focuses on a particular period and place and reveals a basis of comparison between seemingly disparate phenomena like historical developments in discourse, politics, and art forms.

Archaically, discipline meant instruction given to a disciple, and a "disciple" would take apart. Meanings for the prefix "inter" include between, among, and together. The word interdisciplinary as a whole suggests learning by both taking apart and bringing together. Interdisciplinary research is indeed vast with boundaries in flux that we continue to tailor to meet our own interests and contexts of study.

Interdisciplinarity in general is based on the deep affinity of all branches of knowledge, an affinity which is best expressed in philosophical thought. Art and philosophy have a common purpose: to change the inner human being, but they go about this purpose differently. Philosophy addresses the inner person in us directly, through conceptual thinking, while art transforms external reality – everything from landscape to the human body itself – in order to transform the human person's inner world. The various art forms are united by this common task and way of doing things and therefore are best understood in their mutual conjunction. This idea forms the basis for the simultaneous study of several art forms, as well as of philosophy along with the arts

Interdisciplinarity always implies an intermedial approach: negotiating between literature, film, and language. This requires attention to the different media of texts (literary and visual) and the various national (or transnational) histories and cultures implicit in these texts’ languages of origin (for my work, this primarily involves English, French, Chinese, and German). All research across media requires translation. Even a written, critical response to film translates that work’s material into a printed one: both the form and content are altered—though hopefully not distorted—by such an act, as are all works by every act of translation. The converse also holds: translating—negotiating a dialogue between works in different languages—from different cultures, also demands an intermedial mode in order to decode different kinds of historical, cultural, and linguistic signs in order to string together an argument.

Explore recently completed dissertation topics by students in our program, discover the breadth of research interest, and the range of topic our students pursue through an interdisciplinary lens.