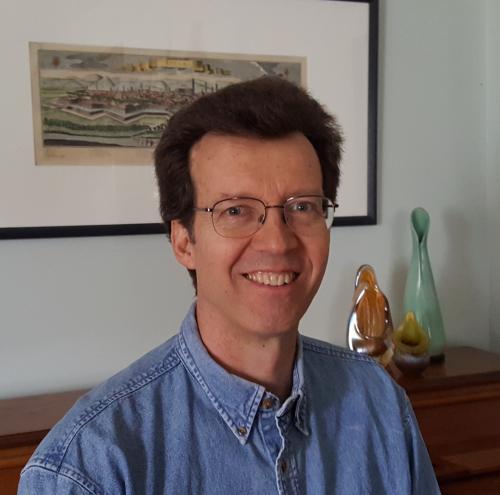 Professor Buchanan is a cultural historian who specializes in early medieval manuscript illumination. His interdisciplinary interests include art and power, word and image, iconology, and art and performance.

He is presently completing a book entitled Manuscript Painting and Polemics in Central Italy during the Gregorian Reform, under the auspices of an Ohio University Baker Award, which he received in 2007.

Professor Buchanan teaches a variety of doctoral courses in western art and architectural history, including Transitions: The Visual Culture of Late Antiquity; Medieval Book Culture, Medieval Architecture, The Italian Renaissance: Self-Definition or Self-Deception, Theatricality and Rhetoric in Baroque Art, and Nineteenth-Century French Modernist Painting. He has also designed the following interdisciplinary graduate seminars: Transformations: Arts and Culture in Late Antiquity, Arts and the Word in the Middle Ages, The Renaissance Spectacle, and Mannerism and Mannerisms in the Arts.

A former Fulbright scholar, Professor Buchanan in 2001 and 2002 received Ohio University 1804 Special Library Endowment Awards for the purchase of facsimiles of the Book of Kells and Beatus of Saint-Sever, which are now housed in Alden Library. These form the core of a collection of facsimiles of manuscripts that Professor Buchanan utilizes in teaching his Tier III course, Medieval Manuscript Illumination.