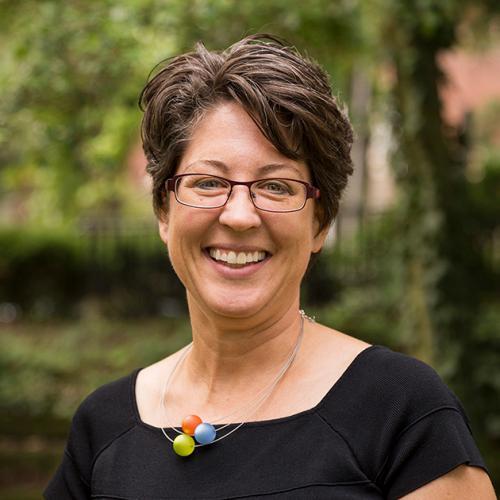 Andrea E. Frohne is Associate Professor of African art history with a joint appointment in the School of Interdisciplinary Arts and the School of Art + Design at Ohio University. She is an affiliate faculty of African Studies. Her book published in 2015 is The African Burial Ground in New York City: Memory, Spirituality, and Space (Syracuse University Press). Also, she co-edited At the Crossroads: Readings of the Postcolonial and the Global in African Literature and Visual Art (Africa World Press, 2014).

Dr. Frohne guest curated Behind the Mask at the Kennedy Museum and at the Jules Collins Museum of Art at Auburn University in 2008. More recently, she brought together 9 artists for her exhibition and accompanying symposium Encounters Beyond Borders: Contemporary Artists from the Horn of Africa (2016), which included an interview with the Washington D.C-based Voice of America News-Tigrinya.

Areas of teaching include contemporary visual culture, traditional arts, and cinema, all of the African world, through transnational, global, postcolonial, and indigenous knowledge theories; and studies of space. Dr. Frohne earned her Ph.D from Binghamton University (State University of New York) in the History and Theory of Art and Architecture in 2002; and M.A. from the University of Wisconsin-Madison. She taught previously at Cornell University, Penn State University, and Dickinson College.