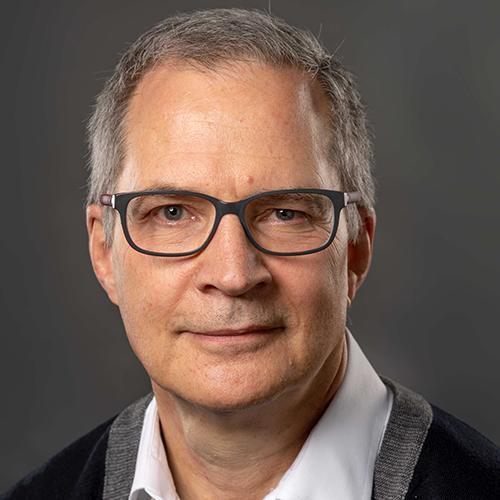 Michael's full-time teaching career began at the School of Theater in 2003. He was a guest artist several times from 1989-1992. He served as Head of the Production Design and Technology Program from 2007-2012. In 2012 he became Director of the School of Theater and after several years on the leadership team of Tantrum Theater, was named Artistic Director in 2018.

Michael's professional lighting design career numbers well over 300 productions in theatre, opera and dance. He has designed on Broadway, Off-Broadway, regionally and internationally for more than 30 years. Highlights: the Broadway and national tours of Copenhagen, the Playwrights Horizons production of The Bubbly Black Girl… and the Cleveland Play House production of A Streetcar Named Desire. He continues to design several productions each year, always with students assisting.

Michael's extensive regional credits include long associations with Indiana Repertory Theatre, Alley Theatre in Houston and the Studio Theatre in Washington, DC. He has consulted on renovations for both Indiana Rep and Studio, where he designed lighting systems for two new theatres and all support spaces in the three building complex.

Michael had multi-year associations with Los Angeles Ballet, Tulsa Ballet and Santa Fe Opera. His multiple Broadway credits as an Associate Designer include hit revivals of Guys and Dollsand Anything Goes and original productions of City of Angels, Six Degrees of Separation and Lend Me a Tenor.