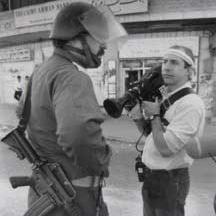 Originally from Vermont, Tom Hayes has been making films since he was a kid, winning the Kentucky Educational Television Young Peoples Film Competition when he was 15. As a young man, he worked as a deck hand, shipping out of New York on cargo ships. While seafaring started as a strategy to pay for film school, trips to third and fourth world ports became a profound formative experience. Tom received a B.G.S. degree with Emphasis in Cinema and Philosophy from Ohio University in 1977. Since then Hayes has been running his own film production company, producing long form documentaries and providing production services on hundreds of commercial projects.

His personal documentary work has, for the last two decades, focused on issues of identity.