Ohio University School of Film Professor Rafal Sokolowksi teaches his students that filmmakers need to have a Plan B. If unforeseen events force that course into action, it becomes the filmmaker’s primary responsibility to make that plan work even better than the original. 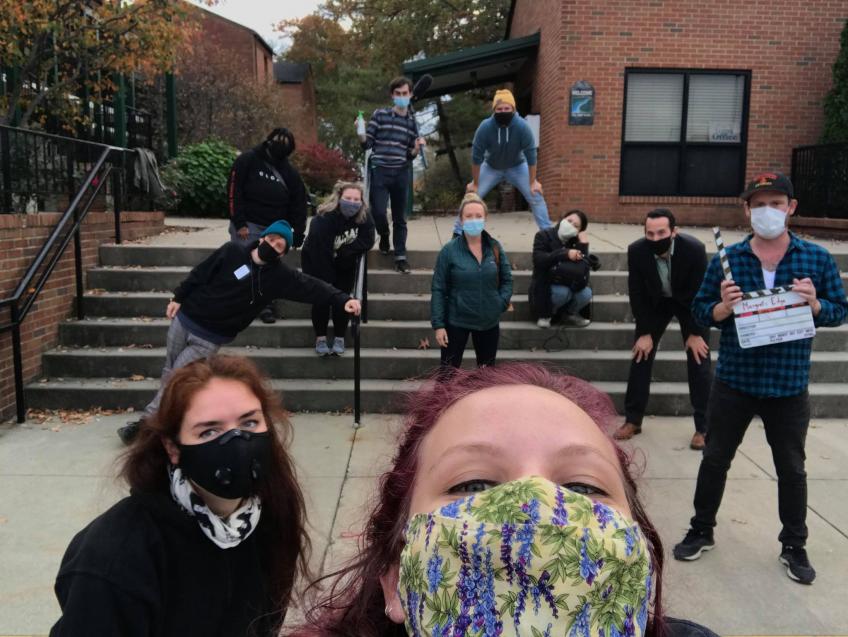 Operating with a plan several more letters down the alphabet, MFA candidate Graham Holford chose to opt-out from a digital alternative to successfully, and safely, carry out the production of his thesis film Margaret’s Edge this past month. The film originally was slated to go into production in late March, but Covid-19 halted the production for six months.

However, the resilient filmmaker refused to allow the pandemic to infect his spirit.

“I always had the film to focus on, to make it better,”  Holford says. Making it better meant advantaging the peculiar state of the world to benefit the tone of the film. “I put the pandemic in the script.”

This decision eased some production concerns because cast members would already be wearing masks and social distancing behind the camera. So, he reasoned, it made sense to have them do it in front of the lens, if possible.

Holford saw that possibility for his project. Margaret’s Edge is about a mother who is losing the trust of everyone around her due to issues with anxiety, pride, and not being able to come to terms with the people who love you and who are not trying to hurt you, Holdford says about his neo-realist film.

“She is on the precipice of losing a lot of people and Margaret's Edge explores how she is trying to navigate through that moment – that day – just before it becomes irreversible,” Holdford says. 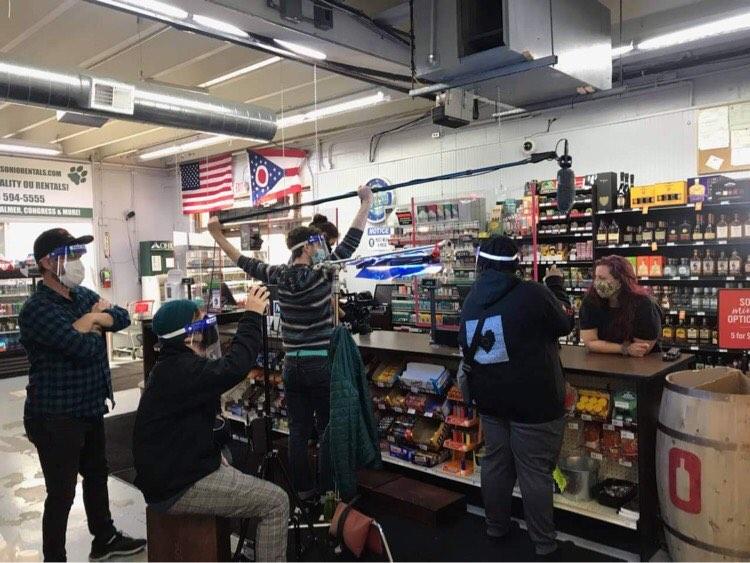 Wafting the anxiety-inducing fog of the pandemic onto the crumbling mental state of his hero made sense.

“It’s actually a very anxious and worrisome time which I think we were able to harness and put into the character’s psyche,” Holdford says.

While the Coronavirus added an extra layer of tension to Margaret’s life, Holford hopes that its overshadowing presence in the film will resonate with future audiences.

“This is really time-stamped by what is going on today,” he ruminates. “Hopefully, it will distill, and when people distance from it, they will be able to look at it and say that it was the right story to tell at that time.”

‘That time’ is a loaded phrase, he says.

“Every single facet of production had an extra step involved in it.” Ohio University and the School of Film had recently published stringent guidelines for production to ensure student, faculty and staff safety, ranging from mandatory testing and self-isolation to the required inclusion of a Health and Safety Officer on every set. “There were many levels to the safety plan,” Holford says. “I’ll give you an example – something like food. Usually, you set up a buffet and people just go ahead and pick out their food. We couldn’t do that this time; we had to have someone manage the station, wearing gloves, and taking orders.”

Despite the overwhelming obstacles, Holford never thought of conceding his dream of orchestrating a traditional production.

“You make films, so you’re in the business of solving problems already. This is just another problem.”

With "another problem" in the rearview mirror, Holford says he can now breathe easier.

“It gives a sense of confidence," he says about the accomplishment. "We have made a film in a really difficult time, in really difficult circumstances, with fairly low resources,” he reflects. “So, the next time we come into a situation where we have to solve a problem or it seems impossible, we can remind ourselves that we have done difficult things before.”

When asked if he had any parting words of wisdom for his industry peers, the answer was direct and simple, “Anything is possible.”