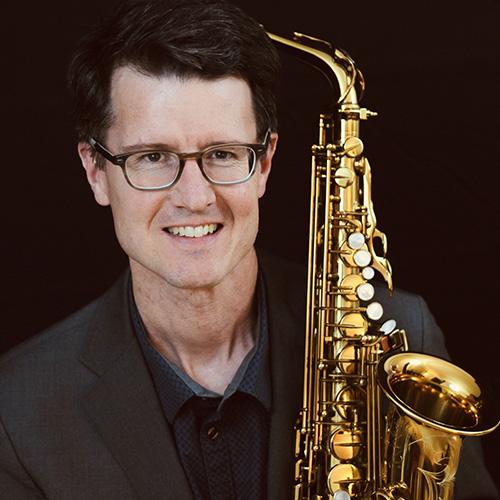 A native of the Chicago suburb of Northbrook, Illinois, he was awarded the BA in Music and the BA in Journalism from Northern Illinois University.  He earned the MM and DMA in Saxophone Performance from the University of North Texas, where he was a teaching fellow and lead alto saxophonist with the internationally-acclaimed One O’Clock Lab Band. He has studied saxophone with Stephen Duke and James Riggs.