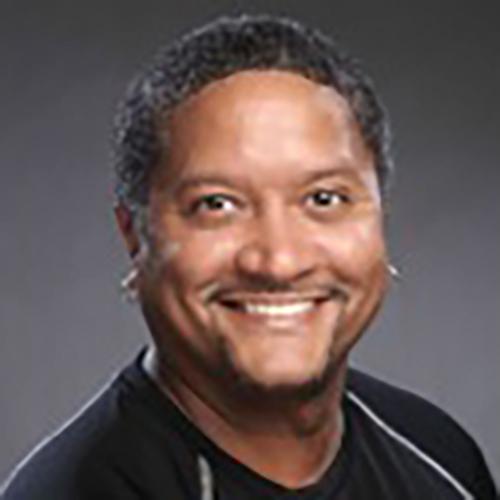 Travis D. Gatling began his dance training at Norfolk State University under the mentorship of Inez L. Howard, the Founding Director of the NSU Dance Theater. While earning a B.A. in English/Liberal Arts, he performed and choreographed for the company for several years and later served as the Rehearsal Director. He continued his training in Ballet, Modern and Jazz at the Virginia Ballet Theatre with Glen White, former soloist with the Joffrey Ballet and Elbert Watson, former member of the Alvin Ailey American Dance Theatre. He attended Ohio State University as a Fellowship student where he earned an MFA in Dance Performance. Gatling’s performance credits include lead roles in works by Donald McKayle, Merce Cunningham and Doris Humphrey, as well as solo works by Ronald K. Brown and Earl Mosley and several others. He was a full time Modern and Jazz instructor at Avondale High School of Performing Arts in Decatur, Georgia, where he also served as the Artistic Director for the Dance Repertory Company, the school’s touring group. Some of his other teaching and choreography credits include Georgia State University, Emory University, and the Morton Street Dance Center in MD. He has been commissioned to create new works and set existing repertoire for the University of Akron, the Cherokee Ballet in Woodstock, GA, Middle Tennessee State University, Full Circle Dance Co. in MD, and Urban Soul Dance Company in TX. In addition to teaching Modern, Jazz and Ballet techniques, and Black Dance Forms at Ohio University, he served as the Artistic Director and Head of the Dance Division and then the Director of the School of Dance from 2015-2022.