For over two hundred years, students have resided on the campus of Ohio University in Athens, Ohio. Countless events, policies and people have influenced the on-campus experience for residents and have shaped Ohio University as we know it today. Following is a look at a sampling of artifacts, courtesy of the Mahn Center for Archives and Special Collections, which help to bring to life the rich history of housing and residence life at OHIO.

LEFT: Handwritten minutes from a Board of Trustees meeting establishing the first set of rules regarding student behavior. RIGHT: The 1896-97 Annual Catalogue detailing cost for attendance to Ohio University, including living accommodations. 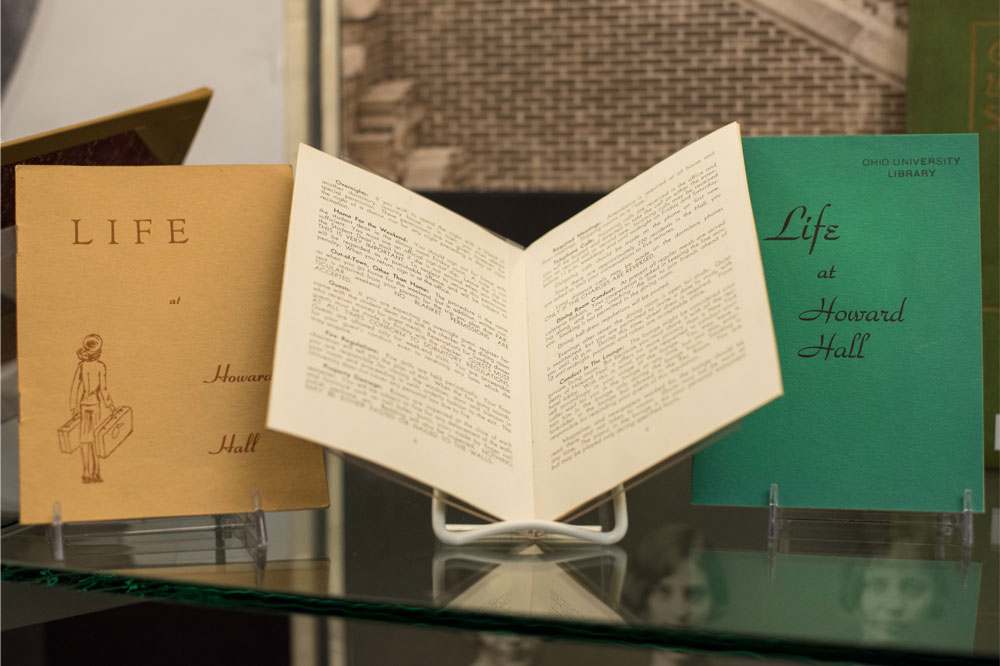 Residence Hall manuals, such as those pictured above from Howard Hall, informed residents of policies and expectations of living on campus.

LEFT: The Dean of Women, Dr. Irma Voigt, began the first formal residence life program in the 19-teens. By the 1930s, the Head of Residence position was established serving the residential students of Ohio University with more intentional student development efforts. RIGHT: A plush Ohio Bobcat and other artifacts from the early 1900s. 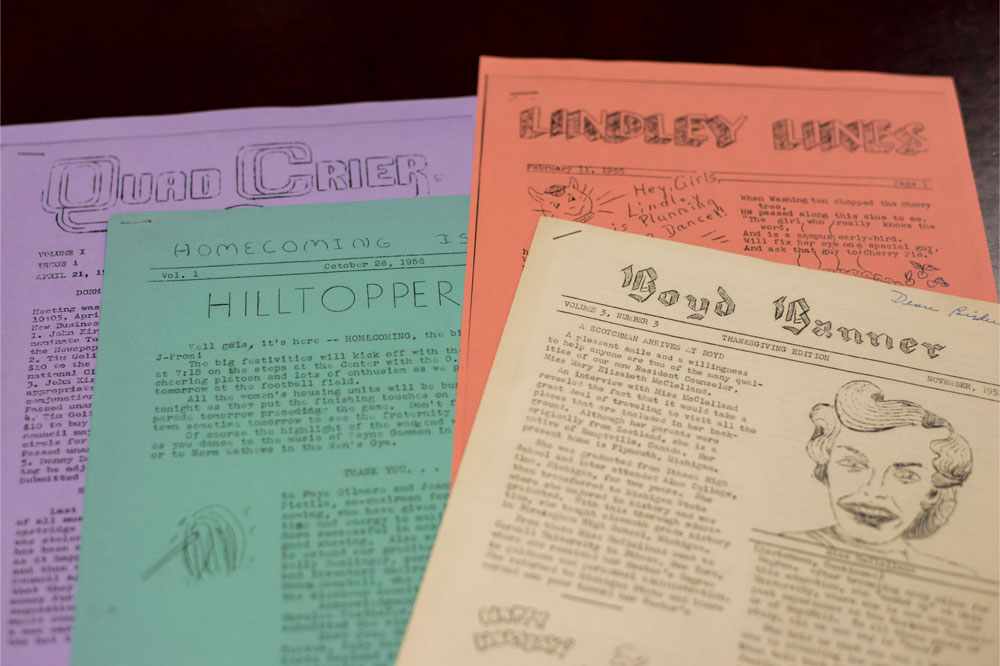 Many residence halls of Ohio Unviersity published hall newsletters, which included news, poems, event announcements, funny stories and more, for the enjoyment of the hall residents.

LEFT: Throughout much of the history of Ohio University, female students living on campus had to abide by curfew hours. In the spring of 1969, 850 women stayed out past the University-established curfew hours in protest of the policy. The curfew hour policy was abolished beginning fall quarter of 1971. RIGHT: "You the Coed" and "You the College Man" were official guidebooks and advice handbooks for both female and male students, respectively. Content varied signigicantly between the two documents but generally provided advice and rules for student conduct at Ohio University. Each campus residence hall was profiled in the books. 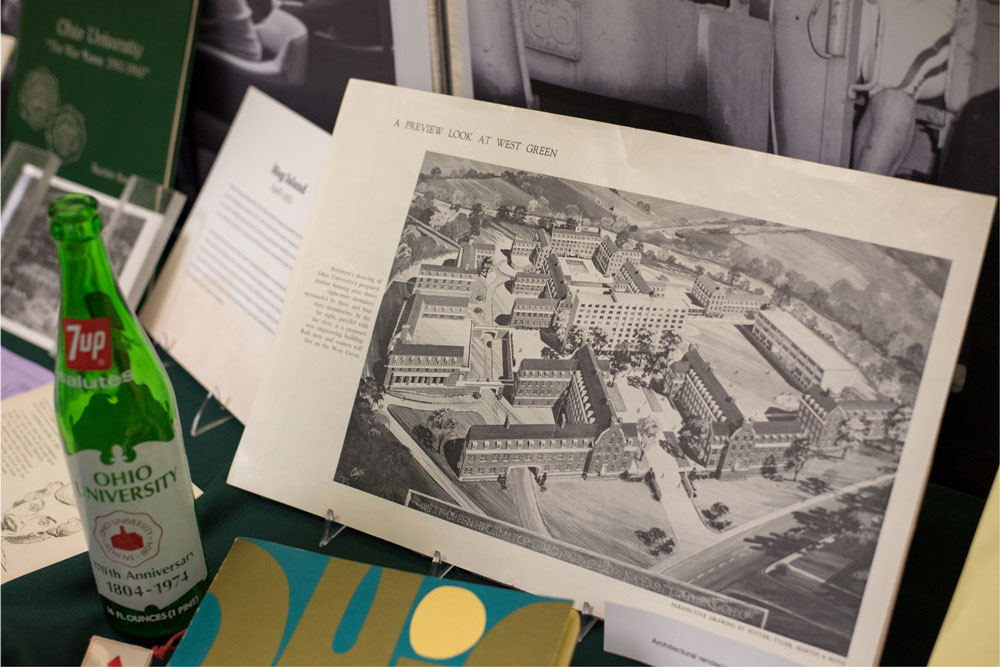 The architectural rendering of West Green shows the orginal concept, including several building designs that strayed from the traditional architecture of the campus, which were ultimately cut from the building plan.