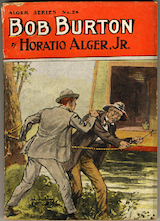 The Juvenile Literature Collection in the Archives and Special Collections Department has more than 2,200 titles. Close to 200 come from the private collection of Henry Ayer True. The collection primarily includes works of fiction and non-fiction by British and American authors that stretch from the early 19th to the mid-20th century. The reading level for the collection covers the years from preschool through the eighth grade. Librarians, teachers (especially early childhood/elementary and middle level educators) and others serving this age group would also enjoy reading in and studying the volumes in the collection.

The collection is largely works of fiction. Boys and girls during the time span mentioned (as they do now) had a variety of book series available to choose from for their reading pleasure. These series frequently portrayed specific gender roles for males and females in society during those times. A series title would have a heroine or hero allowing the reader to follow the adventures and travels of the infamous character or character type. The majority of the titles and series in the collection belong to the so-called ‘for boys only’ series although series for girls are also amply represented. Examples of series authors and their series titles are listed below:

The numbers of titles vary; there are, for instance, only a few titles in the “Five Little Peppers” series, but more than 100 titles by Horatio Alger. Some of the titles include duplicates, e.g., there are four editions (with five copies) of Alger’s book The Erie Train Boy.

The ‘classics’ of juvenile literature for this time period are also well represented. The collection includes titles such as Alice’s Adventure’s in Wonderland, Black Beauty, Hans Brinker, Heidi, Little Women, Rebecca of Sunnybrook Farm, The Swiss Family Robinson, A Tale of Two Cities, and Treasure Island, to name only a few. For many of these works users will find more than one edition. 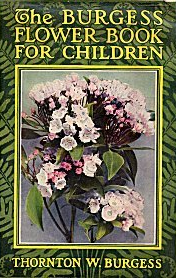 In the realm of works of non-fiction, the collection includes books in history, games and play, and science, with pockets of potential interest for a variety of users. In biography, for instance, books by the writer Jacob Abbott (1803-1879) address numerous figures in both classical and English history (even so, Abbott’s writings are represented more heavily by his works of fiction–the “Rollo” series–and books on religious life for youth). The Boy’s Own Toy-Maker (1860) and Let’s Play Outdoors (1940) cover games and play for different generations. The limited number of books on science in the collection includes Number Stories of Long Ago (1919), The Burgess Flower Book for Children (1923), Natural History (1866), The Animal Kingdom (1916), and The New Wonder Book of Knowledge (1935).

Storytellers may find titles such as Old-fashioned Tales (1906), Indian Folk Tales (1911), and Picture Tales from the Russian (1920 translation) to be useful. Children’s librarians and elementary school teachers interested in story time will find Finger Plays For Nursery and Kindergarten by Emilie Poulsson (1921) in the collection, along with The Children’s Best Story (1938). Titles such as Swedish Fairy Tales (1893), Swedish Folk-lore (1888), The Story of Topsy (1937), Rollo’s Tours (Rollo in Geneva, Rollo in Holland, etc.), Stories of Many Lands (1870), as well as collections of stories by Hans Christian Andersen add a multicultural interest and an international flavor to the collection.

There are other wonderful delights in the collection that a reader will discover when looking closely. It includes one volume of the monthly journal for boys and girls, Little Pilgrim (Vol. 13, Jan.-Dec. 1866). It also includes wonderful illustrations; Washington Irving’s Rip Van Winkle (1888 edition), Louisa May Alcott’s Spinning Wheel Stories (1923 edition), Juliana Horatio Ewing’s Mrs. Overtheway’s Rememberances (several editions), and One Thousand Poems for Children (1923) are just a few.

For More Information:
Authors, titles and series in the collection can be viewed more extensively through a search on Juvenile Literature Collection in the ALICE library catalog. More specific information may be obtained by using “limit this search” for particular authors, dates of publication (e.g., after 1899 and before 1911), or publishers.