With over 200 titles, the Mahn Center holds one of the largest sets of Left Book Club (LBC) editions in the world. The Club’s distinct orange and red cloth-bound books combined mass publishing with mass politics, as organizer Victor Gollancz sought to educate his readership on poverty and unemployment, socialist theory, and the threat of fascism every month for twelve years. Together with John Strachey and Harold Laski, he published 252 Left Books, most of them new publications, and reached 57,000 subscribers by 1939, a significant event in the publishing and political history of twentieth-century Britain. During its first three years of rapid success, the LBC was not just a book service, but “a way of life” (Samuels 86).

The collection at Ohio University Libraries came together incrementally. In person or with this map, visitors can trace select books’ journeys from Great Britain to the Mahn Center, as certain volumes carry the marks of previous owners and sellers. The inside covers of Mission to Moscow, Pts. I and II (1942) by Joseph E. Davies have epigrams in the handwriting of an officer-in-training who was likely reading the books just before he went to war. A narrative exists beyond the texts, with signatures, locations, and notes revealing the lives of LBC members during this epoch. 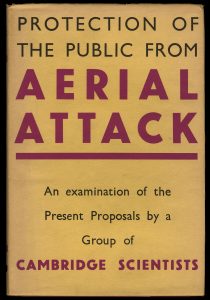 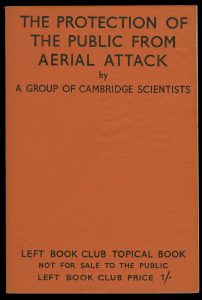 Thanks to a Libraries’ 1804 Special Library Endowment Fund, this LBC set has reached about 240 titles, making it the largest in the U.S. and one of the most complete in the world, in company with The University of Sheffieldand Princeton University. A bound, complete run of the Left News (1936-1948), the Club’s accompanying journal, rounds out the new acquisitions. There are only nine auxiliary books that the Mahn Center does not have.

For further reading, see John Lewis’ book The Left Book Club: An Historical Record (1970) and a short history from Housmans Bookshop in London, which recently launched a twenty-first century version of the Club.