History of the CDC

The history below shows the evolution of the establishment of The Ohio University Child Development Center since 1872 to 2001 when the center moved to the Ridges after the renovation of the former horse and goat barn.

In 1929 The Jennings House Nursery School 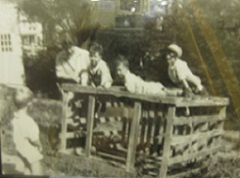 "The nursery school, through guidance techniques based on democratic principles, can function as a training center for democracy. If the nursery school teacher has been properly trained, she will respect the personality of the child and will observe the courtesy extended to an equal in all her contacts with him." Dr. Florence Justin, Director of the Jennings House Nursery School.

In 1929 the University purchased the Jennings House for $25, 800; a home built in 1880 and named after the family who lived there. This building, on East Union Street became a nursery school. It often shared housing with the Home Management House. In 1930 Dr. Velma Phillips, Director of School of Home Economics, introduced Family Relationships and a Nursery School under the supervision of Dr. Florence Justin. The school remained until 1947, when it was relocated to Putnam Hall.

From 1947 until 1971 Putnam Hall was the home of the Putnam Nursery School. In 1972 the program was expanded and renamed the Nursery Childcare Center, under the direction of Julia J. Nehls. 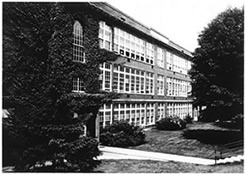 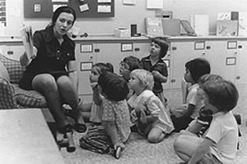 In 1980 the name changed to the Ohio University Child Development Center with Dr. Margaret King as director. In 1998 Cathleen Waller became the administrator of the facility. 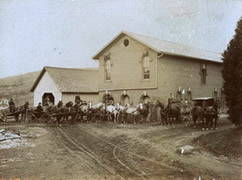 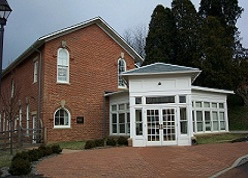 In 2000, a committee comprised of university and community members, charged with the expansion of children availability, selected the Ohio University Child Development Center to relocate to The Ridges and almost double in size.

The major renovation began in March of 2000. The two-story structure was painted white with a cross gable arrangement, 4/4 double hung sash windows, wooden lug sills, and elaborate round-arched hood moulds with keystone. It had five rooms with a total of 8.816 square feet. On March 3, 1908 it was nominated for the National Register of Historic Places. After a $2.6 million renovation, the building opened as the Ohio University Child Development Center on January 2, 2001.