A Mission to Serve: Nicolas Suglio’s Journey to the Heritage College 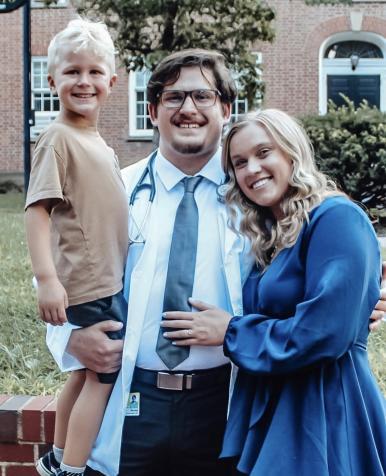 Going to college to earn a degree can be an intense journey in its own right from staying on top of papers and exams to enduring personal tribulations that shape who an individual will become. In this way, Nicolas Suglio’s journey was like everyone else’s. But he had one unconventional component: he was also serving a six year enlistment in the U.S. Air National Guard.

Born and raised in Miamisburg, Ohio, first-year medical student Suglio decided to earn a bachelor’s degree from the behavioral neuroscience program at Ohio State University. At the same time, he enlisted in the Air National Guard and was stationed with the 121st Air Refueling Wing in Columbus, Ohio.

“I’ve always deeply admired those who put others before themselves and make it their mission to serve,” said Suglio. ”The two avenues that have always stuck out to me as providing both a  direct and indirect way to serve others is healthcare and military service.”

After Suglio graduated from Ohio State, he moved on to Marian University in Indianapolis, Indiana to obtain his master’s degree in biomedical science. All the while, he continued to serve in the Air National Guard. As a staff sergeant, he did field work, led his flight crew and underwent training as an aircraft maintenance officer, welder and machinist.

Going back and forth between college and the military proved to be the equivalent of stepping between alternate dimensions. One minute of the day, Suglio would be working on aircrafts, then would travel to a college campus to complete an organic chemistry course.

“You go from being completely autonomous in college to being strictly regulated. In college, all of the focus is on yourself and your own journey. In the military world, the words ‘I, Me and My’ are removed from your vocabulary entirely, because you are only viewed within the context of your peers," said Suglio.

However, Suglio believes the core values of the military and medicine are  similar. He has the core values of the Air Force memorized: “Integrity First, Service Before Self, and Excellence in All We Do.” Those values fueled Suglio’s fire while serving in the Air National Guard and continue to fuel his desire to become a physician. 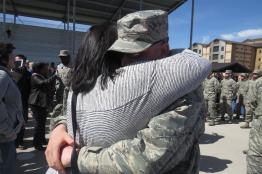 “I believe that serving others is a privilege and that God put me in a position where I have been given enormous privilege and opportunities to serve,” said Suglio. ”Not everyone is born fortunate enough to live in a safe area, or to be healthy and able to give back, but I was. It is for these reasons that I think serving others is not only my calling but my obligation.”

Suglio shadowed two doctors who “were perfect exemplars of professionalism and service within their community.” He shadowed John Miller, M.D., a cardiothoracic surgeon in Dayton during his freshman year at Ohio State, and Julie Myers, D.O., a primary care physician and graduate of the Heritage College of Osteopathic Medicine, before starting his masters. In the Guard, Suglio looked up to his shop chief, Chief Master Sergeant Thomas Rucker.

“He never asked anything of his troops that he was not willing to do himself. He really embodied leading by example, and he never thought of  any task as below himself,” said Suglio. ”I think those are leadership skills essential for any physician.”

In his personal life, Suglio's partner serves as a labor and delivery nurse. His family, including his mother and cousin, have also proved to be lasting inspirations. As Suglio moves forward in his journey through medical school, his experience as both a student and an airman have proven irreplaceable.

“Being both a physician and an airman, means that you have the integrity to stand up for and do what is right, regardless of whether someone is watching over you or not,” said Suglio. ”Service before self means that you strive to do what’s best for others and serve those less fortunate than yourself. In both fields you are called to strive for excellence, because lives are on the line.”