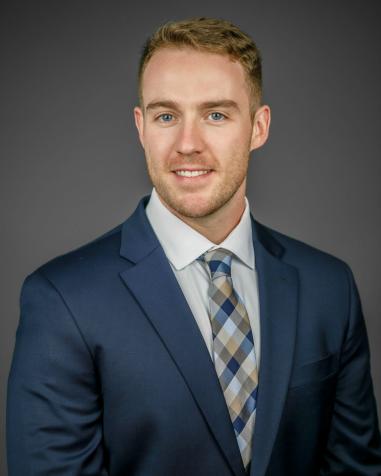 Doctors are often considered the proverbial backbone of health care. For recent graduate Kyle McGrath, D.O., this has a more literal meaning.

“A big advantage I’ve seen being in D.O. school is the heavy focus on the spine from day one in the curriculum,” McGrath said. “Early in school, we had discussions about spine motion and mechanics and how to address musculoskeletal dysfunction near the spine. This heavy focus in the curriculum kind of revitalized my interest in neurosurgery early on. I find the spine fascinating and ultimately did a research year focusing on spine biomechanics and clinical outcomes in preparation for residency. Spine is a large part of general neurosurgery practice; however neurosurgery is a surprisingly broad field, so I’m not sure yet if I will focus on spine or not.”

McGrath always had medicine in mind when planning to pursue a career. At the age of seven, he was inspired by a movie entitled “Gifted Hands,” based on Ben Carson’s journey to becoming a neurosurgeon. McGrath was amazed by the challenges Carson faced, before and after becoming a surgeon. The story helped push McGrath,  in the direction of neuroscience.

“The mentality of pursuing challenges in preparation for more difficult ones is something I’ve always appreciated and tried to maintain,” said McGrath. 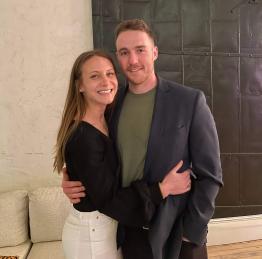 In March, he matched into a neurosurgery residency, and while attending the Heritage College, he met his match  - wife, Jamie. She was class president on the Dublin campus and he was class president in Cleveland. Because they both served in leadership positions, they frequently worked together during medical school.

“Her unwavering support is one of the reasons I pursued residency with as much tenacity as I did, taking an additional year and expanding out of my comfort zone to do so,” McGrath said. “I also met some of my closest lifelong friends at HCOM, many of which stood in our wedding. The people I met at HCOM played a crucial role in my time growing as a person throughout medical school and continue to bring out the best in me.”

For anyone considering or about to start a medical career, McGrath recommends finding an experienced mentor and shadowing them at their practice. He says to ask high school and college advisors for help to find physicians or nurses to shadow.

“In medicine, being resourceful and asking for help is crucial,” said McGrath. “As someone who loves to cook, medical school is kind of like a cookbook, meaning there is a very clear and reproducible set of instructions for success laid out for us. We are told when we should take the MCAT and what kind of score is needed in order to be competitive. The same goes for the curriculum exams and board exams once we’re in medical school. Reaching out to mentors early and often throughout this journey helps ease the burden, because working really hard with a blueprint for success is certainly easier than with a blank canvas.”