From a Little Healer to a Commencement Speaker: Spotlight on Andrew Williams 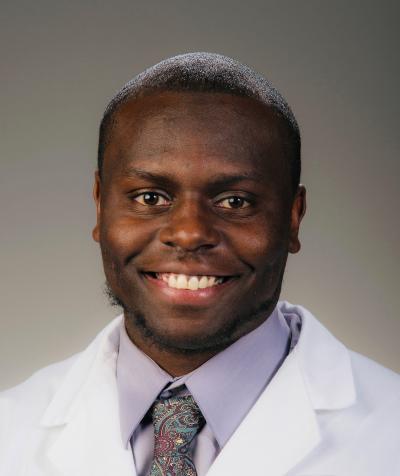 Born in Macon, Ga. and the youngest of three, Andrew Williams, OMS IV, knows what it is like to live humbly and go without.

“I grew up in a one bathroom home and shared that home with 10 relatives,” said Williams. My mom and my brother and I slept on a sofa bed for many years. Whether it was eating ketchup sandwiches, the lights being off, having only cold water and needing to get hot water from the neighbor's house, I remember those situations vividly.” 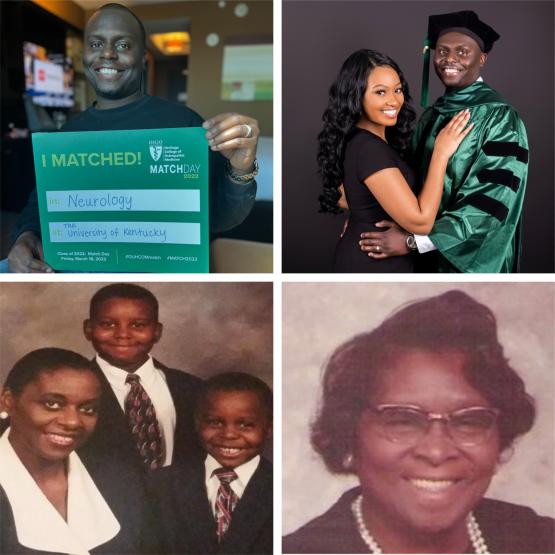 Through humble beginnings, Williams had a guiding light that has influenced many, if not every, decision he has made towards his career: his grandmother.

“She would always tell me, boy, you're going to be my little healer one day,” Williams said. “At the time, they had physicians making house calls. So her physician would come, and she would always call me from the front room. She would call me back when the physician was back there, and she'd say, come rub my feet and pray for me. Boy, come pray for me. He is going to be a little healer one day.”

Though his grandmother passed suddenly when Williams was young, the guiding light she gave him did not go out. Instead, Williams committed himself to learning more about what had afflicted her.

“When I was 14, I was taking care of her one day,” Williams said. “I went to her room, and I saw my grandmother --she just was unresponsive. Her head was bobbing back and forth, and I called 911. That was a moment that kind of birthed a lot of curiosity. When they told me something happened with the brain, I just got very, very curious about what happened to the brain that did that to my grandmother. As I got older, they explained to me it was a stroke. I went to undergrad at Hampton University where I majored in molecular biology. Every time we would hit the nervous system, I just got more excited, because I felt like this was just one more clue. One more piece of the puzzle of what happened to my grandmother.”

Throughout his life, he says it has been a combination of family and faith that have sustained him. His wife always believed in him, and his faith kept him going, even when faced with hardship, whether emotional or educational .

“You take someone who grew up the way that I grew up, with gunshots in the neighborhood consistently at night. My brother was attacked by a gang, and had to go to the emergency room. I lost my father when I was seven years old. I had several funerals for my cousins who got murdered. I went to a high school that was underperforming to say the least,” Williams said.

And he has. Williams, who graduates from medical school this May, matched in neurology at the University of Kentucky. Before that, he served on the executive board of the Council of Osteopathic Student Government Presidents as the national diversity representative. In that role, he learned black men accounted for less than two percent of all osteopathic medical students in the nation.

“When you look at me you can say, he's in a group of less than two percent to make it. So it's almost as hard for an African American male to go into an osteopathic medical school, as it is for one basketball player to go to the NBA,” said Williams. “I believe that whatever dream you have on the inside of you, that thing that you can't sleep without thinking about on a consistent basis, if you don't quit and you keep your faith, as long as you keep moving forward, it will eventually happen. I'm a firm believer in that.”

Williams will be speaking during the Heritage College’s commencement ceremony on May 7. It feels like a full circle moment for him, as he reflects on advice from his family.

“It’s never where you start that determines anything. Diamonds are fortified under pressure. You don't get wine from grapes unless the grape is crushed. So, my journey was always an indication of where I would end up. The fact that I went through things that were particularly challenging, frustrating, it was only an indication of just how far I could and would go,” said Williams. "If I had to do it all over again, I would. I take being the commencement speaker as an opportunity to really reflect on my faith, my journey, my family, my supporters, for where we are, collectively.”