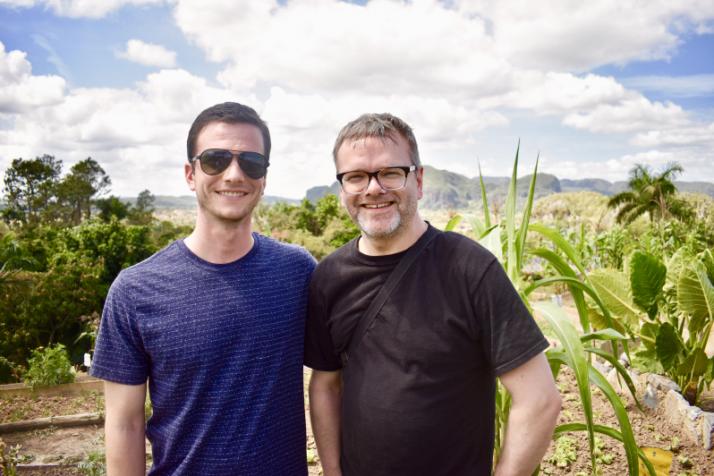 For a week in March 2019, we were privileged to visit Cuba to learn about the nation’s health care system. Our contingent ran the health professions gambit, including people in nursing and medicine, health care administration, global health, health communication and health policy. But our mission was unified: to learn about health care in Cuba and use the experience to reflect on our situation in the United States.

While in Cuba we met with physicians (both urban and rural), diabetes and vaccine researchers, farmers, educators, medical students, HIV-AIDS patients and more. We visited medical schools, clinics, physicians’ offices, rural villages and more. We walked the streets of bustling Havana and rural Viñales. At night, we processed what we had seen and explored our thoughts – often with the sound of salsa music in the background.

Though Cubans acknowledge that their system is not perfect (and what system is?), they are proud of what they have accomplished in health care. Despite widespread poverty – compounded by a lack of resources that has been intensified by the American-led embargo – Cuba’s infant and maternal mortality and life expectancy rates are comparable to those in the United States, and lack the racial and class-based disparities that plague American health outcomes.

Cuba is deeply invested in medical education, for aspiring physicians both in Cuba and around the world. A drive through the western parts of Havana reveals a vibrant, sprawling complex of buildings immersed in vaccine and other biotechnological research. In a nation that cannot afford the high costs associated with widespread acute and chronic illness, Cuba’s focus is on prevention, from frank talk about STI prevention, to mandatory vaccines that are not part of our regular vaccine schedule in the United States – such as vaccines against tuberculosis, leptospirosis and typhoid fever – to the much-discussed treatment they are exploring for lung cancer, to genomic research that aims to prevent diseases before they arise.

Cubans emphasize the hyper-rational organization of the system’s three-level approach to health care delivery, with family physicians located in communities serving as the first point of contact (including house calls), “policlínicos” serving as a community-based second tier and hospitals serving as a last resort for cases of acute need. While Cubans are allowed to access any of these tiers at any time, most opt to utilize the system as it was intended. Few Cubans go to the hospital when they do not need to. The system incentivizes this through unfettered access and by building trust in the overall design.

A particular highlight of the trip was when we American students were afforded an hour to converse with Cuban medical students at the Victoria de Girón Institute of Basic and Preclinical Sciences.The students compared notes on their experiences. Despite significant resource differences in education systems, the students found they utilized common textbooks and study strategies. Perhaps the most important takeaway was the revelation that their lives – their aspirations, as well as challenges – were not so different. Two days later, as further evidence that friendships were in the making, the students met again, this time in an unplanned run-in at a fashionable Havana art and music center, where yet more conversation and connection took place.

Cuba has a lot to offer osteopathic medicine in particular. After all, osteopathic approaches to health care emphasize the importance of the physical exam and prevention, turning to pharmaceuticals and technologies only when necessary. In Cuba, where many drugs and expensive equipment are hard to come by, there is an opportunity to reflect on core principles and see what osteopathic principles can accomplish in a resource-poor environment. It is well known that Americans overuse medical technology and testing; in Cuba, the problem is the inverse, where the American embargo is making it hard for Cubans to get some of the medical equipment they need.

In the weeks and months to come, we plan to explore ways to strengthen connections with Ohio University and Cuba. The clinicians and researchers with whom we met emphasized their hope that we could see past diplomatic tensions and focus on mutual goals of addressing pressing health needs, such as collaborative diabetes and cancer research. Sometimes, working on common projects can serve as a kind of diplomacy in its own right. Other osteopathic colleges have found value in such connections as well. Clearly, as our experience reminded us, the future of medicine – from the training of clinicians to research – is in global connectivity.