All in the Family: Legacy Graduates within the Class of 2022 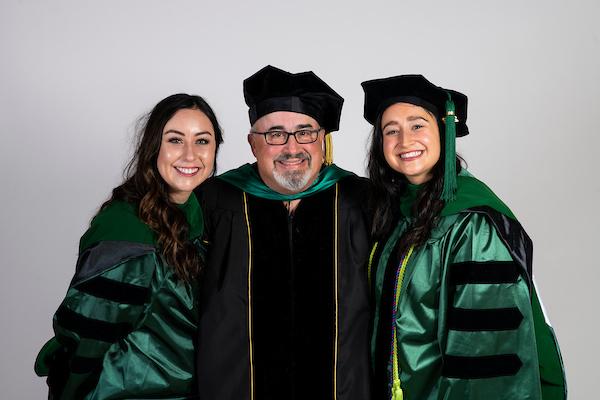 Commencement and being hooded by their mentor is a moment most medical students and their families look forward to. For some graduates, the hooding portion of the ceremony holds special significance because their mothers, fathers, siblings or other family members do the hooding. Often, those family members crossed the same stage at Ohio University for their own graduation.

“Legacy graduates,” as the term is coined, are graduates who are completing their education from the same institution that was attended by an immediate  family member. This is a look at a few of the legacy graduates from the Heritage College’s Class of 2022. 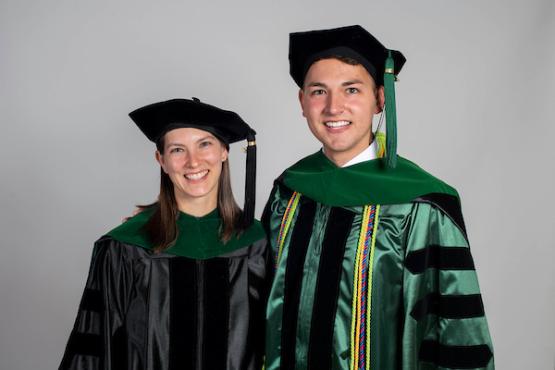 Growing up with a mom who was a nurse gave siblings Ryan and Amy Vagedes a first-hand look at what a hospital was like. Ryan, who recently graduated, remembers his dad picking him up to school to visit his mom at the hospital, which he said was full of busy people, strange smells, beeping noises and his favorite part – orange Jell-O cups.

“Reflecting on my time growing up, I have always been around medicine and interested in the way she and other medical professionals impact the lives of patients for whom they provide care,” Ryan said. “While I’ve since swapped the Jell-O for coffee, I still love being in the hospital and clinic seeing patients.”

Amy Vagedes graduated from the Heritage College in 2014 and has since moved to Fairbanks, Alaska to work in pediatrics. She worked as a primary care associate during her time on the Athens campus, which influenced her brother to become one too. Ryan, who received the American College of Physicians Ohio Chapter Outstanding Medical Student of the Year Award, is going to be an internal medicine resident at the Cleveland Clinic main campus.

“I’ve learned that in order to care for others, you need to make sure you are taking care of yourself,” said Vagedes. “It can be easy to spread yourself thin and neglect your own health. However, medicine is a marathon and not a sprint.” 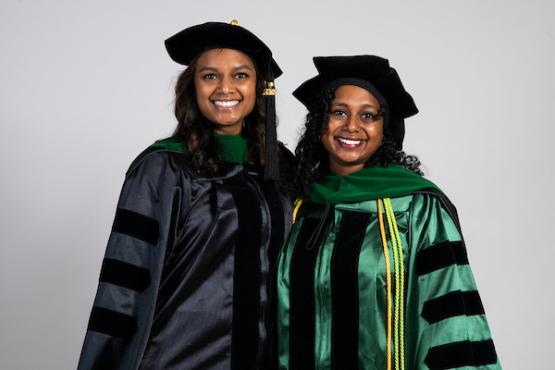 Another pair of siblings that fall into the legacy graduate category are the Kasturiarachi’s. Brittany  graduated in 2018, while her sister Naomi is a part of the Class of 2022 and has matched with Riverside Methodist in Columbus, Ohio, to work in Family Medicine.  Naomi learned about osteopathic medicine from her big sister Brittany and was inspired to follow in her sister’s footsteps.

“The biggest lesson Brittany has taught me is that even though the road may be tough, there is so much beauty involved in the journey of becoming a physician,” said Kasturiarachi. “She is a fantastic neurologist, and it has been very inspirational to watch her excel in everything she does.”

Brittany completed medical school and half of her residency before the pandemic. However, the Class of 2022 spent their last two years of medical school in the midst of the pandemic. Brittany said she is in awe of how Naomi and her class adapted, stayed motivated and showed their resilience especially during clinical rotations and choosing a specialty despite the challenges created by COVID-19.

“So many things were affected by COVID,” said Brittany. “Particularly maintaining mental health and focusing on medical school with a changing educational landscape and the stress of a global pandemic is an enormous feat, and this class should be extremely proud of themselves.” 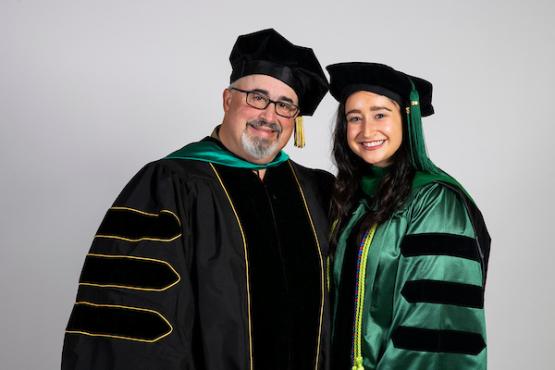 Several Heritage College graduates have followed the example of their parents, including Julia Carroccio, D.O.,  a member of the class of 2022.  Her father, James Carroccio, graduated from HCOM in 1994.

“My grandmother immigrated here from Italy,” Julia said. “She only went to school till the fifth grade. She really saw the value of education and pushed my dad and his sister to go to college.”

James Carroccio is now a family medicine physician in North Ridgeville, Ohio, a career path  Julia  decided to follow. “He and I have a lot of similar traits. We like to look at the big picture with patients,” she said. Julia has matched with MetroHealth in Cleveland, Ohio, for Family Medicine.