From humble beginnings to a nationally renowned program the Schey looks to continue improving the best undergraduate sales education in the country.

To the people who have shaped us: From all of us here at the Schey, thank you.

The Corlett Society was formed by the Cabinet of the Professional Sales Advisory Board (PSAB) in 2011 to recognize and thank PSAB members who have enhanced the Schey Sales Centre by their service on the Centre's Advsiory Board.

The Corlett Society is named in honor of Glenn Corlett, Dean of the College of Business for 10 years from 1997 to 2007. An Ohio University Alumnus himself, Dean Corlett played a key role in the founding, start-up, naming, growth and success of the Sales Centre. He received the Schey Sales Centre’s Lifetime Friend award, the highest honor the Centre bestows, in 2007.

It all started in 1993, a group of highly successful Ohio University alumni got together and talked about the need for sales education. A few informal meetings led by Tom Starr and Jim Wycoff led to more meetings with fellow soon-to-be-founders Bill Axline, Hal Harbeitner, Larry McHale, Julie Zdanowicz, and Lisa Napolitano. They met to brainstorm how a college should approach sales education, what the curriculum should include, and just as importantly how to fund it. Throughout the entire process Ralph Schey, longtime CEO and President of Scott Fetzer, followed the progress of sales education at Ohio University and promised funding. Upon the arrival of Dean Glenn Corlett and Dr. Barbara Dyer the Sales Centre plans began cementing on paper. The Sales Centre was officially founded in 1997 becoming one of the very first of its kind. It was in 2006 that, through the generosity of the Schey family, the Centre became the Ralph and Luci Schey Sales Centre. The Schey’s continued excellence has been highlighted by superior competition finishes and highly successful alumni.

We compete throughout the year among ourselves to find the best of the best.  Our top students compete at the prestigious National Collegiate Sales Competition at Kennesaw State University. With multiple top-place finishes over the years, including being crowned national champions in 2009, the pedigree of our program shines through. 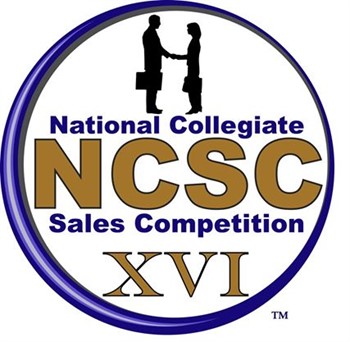 The Schey is proud to be full and accredited members of: