Urea is a major constituent of human and animal waste. It causes nitrate contamination in the ground and in the sources of drinking water. The technology is a process of removal of urea from wastewater byits electrolysis in an alkali medium. This highly cost effective technique uses a low cost gel electrolyte as contrasted with the previous techniques that used potassium hydroxide (KOH). The process denitrifies the wastewater while simultaneously producing hydrogen and ammonia. The effects are enhanced further by use of an inexpensive nickel catalyst. The gel electrolyte was proven to have high conductivity and a performance comparable to the KOH electrolyte. Previous techniques of urea electrolysis used platinum electrodes and were shown to be ineffective in terms of commercial widespread applications. 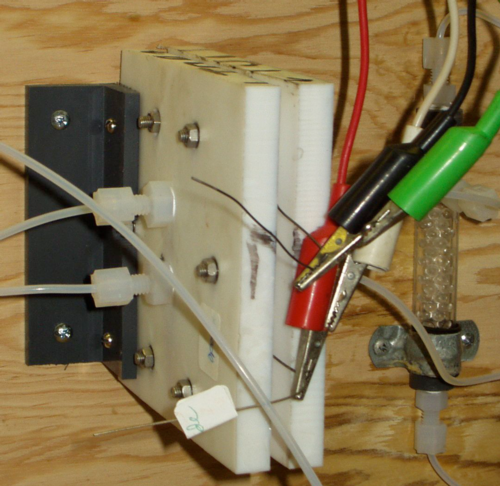 The technology is the only available process that is capable of direct conversion of urine into hydrogen and ammonia. It can be efficiently used to create energy from human excreta in mobile units such as military camps. Currently, each of the 200 plus US domestic military camps spends more than $7 million on energy. Also, conventional sewage remediation techniques cause the release of several million tonnes of greenhouse gases in the atmosphere on an annual basis. The technology would provide an eco-friendly mechanism for these units to drastically reduce their energy spending, in addition to making them self-reliant in terms of energy production.