Vehicles that are operable in various modes have been a desire since the Wright brothers’ first took flight. The ability to transition between SUV and aircraft and/or watercraft opens a wide range of possibilities for the future of civilian travel and would be of great military advantage. However, there are several technological challenges to overcome in creating such an MMV. Some efforts have been made in this area; however, known conventional MMV’s lack fully-automated, true multimodal functionality. 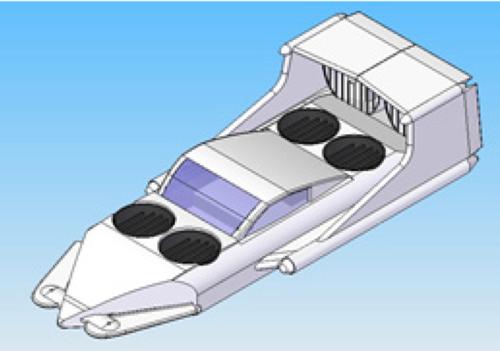 The present invention overcomes the foregoing challenges, including size and weight constraints, stability, safety, etc.. The invention is based currently off of one particular embodiment, however it should be known that the invention is not limited to these embodiments, and includes all alternatives, modifications, and equivalents. 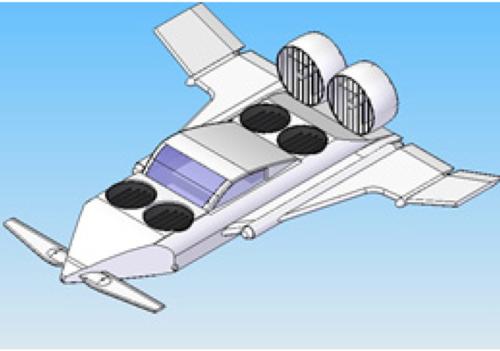 Jianchao Zhu, Ph.D. is a professor of electrical engineering and computer science at Ohio University’s Stocker Center. Dr. Zhu first conceived this technology in March of 2006 and developed a working model between September 2008 and May 2009.