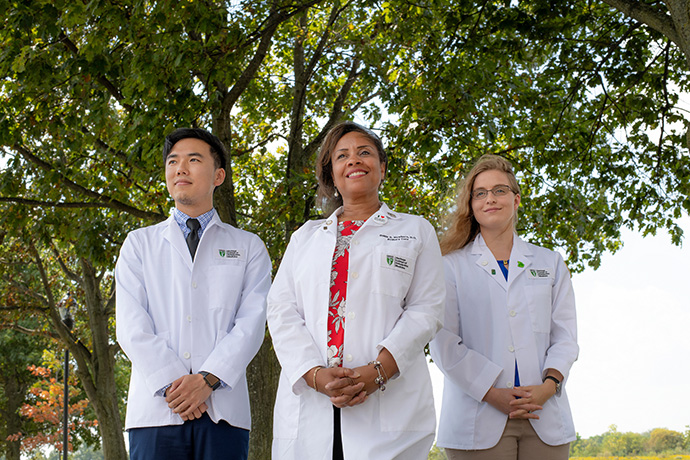 The Heritage College, Dublin, was only 1 year old when the Humanism in Medicine student group was launched there in 2015. Four years later, the group is still going strong in pursuit of its goals to celebrate “the continuity of art and medicine” and to promote humanistic values in future physicians.

Its signature project is the annual publication of ARTery, an online journal that features creative offerings – poetry, artwork, prose, photography and more – from Heritage College students and faculty, as well as physician assistant students from the College of Health Sciences and Professions in Dublin. The fourth issue recently went online, continuing the fledgling tradition of welcoming diverse formats and content. 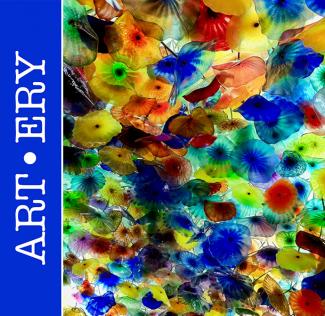 “If you look at the four issues, each one is so different,” observed faculty adviser Robin Newburn, D.O. (’93), assistant clinical professor of family medicine. “Last year, we actually had a video clip at the end of it. We feel like anything is possible and worth putting in there. We want people to know that we are open to submissions and are not limiting ourselves in what we think of as art. So there is a broad scope, and each edition has kind of its own personality and feel to it.”

She noted that many Humanism in Medicine clubs with similar missions around the country produce art and literary magazines; seeing some of them inspired the inaugural group in Dublin to create one of their own. “We think it’s a great way to showcase a different aspect of people in medicine that makes them more human, which in turn fosters a deeper appreciation and connectedness for one another,” Newburn explained. “It also gives people an outlet for their artistic expression.”

Katherine Gross, OMS II, is president of the Dublin group, which has around 20 members. (A chapter had been started at the Cleveland campus but is inactive this school year.) Gross said one of the best things about serving on ARTery’s editorial board is discovering her colleagues’ unsuspected talents. "As medical students, we’re involved in our schoolwork most of the time, and it’s exciting and fascinating to see what my classmates have to offer outside of the classroom,” she said. “For example, one of my classmates, Mallory McCormick, is an incredible artist. She did multiple pastel drawings in this last ARTery, and I’d never even known she was an artist.”

Gross also has a contribution in the issue: an artwork that cleverly blends the scientific and aesthetic aspects of medicine. Titled “The Friend Within Me,” it’s a charcoal drawing of a human skeleton in a seated position, giving a friendly wave of the hand.

“I had taken a medical art course at the University of Dayton, and the main artistic project of that course was to draw a life-size skeleton that they had positioned in the classroom,” Gross said. “I like that piece, just because it’s something I was proud of, and it expressed my artistic side as well as the medicine side of me. The skeleton, I guess, represents me as well – it shows the friendly side that I try to express but that doesn’t always come out. And we all need a friend inside of us!”

In addition to ARTery, the group has organized a variety of events, some of them cultural enrichment types of activities and others just attempts to make the world a more thoughtful and humane place.

“We continue to do what we call RAKs, which are random acts of kindness, on campus, just to keep morale up amongst the student body, faculty and staff,” Newburn said. “We try to do something maybe every month, every other month.”

One well-received RAK is “Hugs for Hot Chocolate,” which typically takes place in the winter. As people walk through the atrium at the Dublin campus, Newburn explained, “they can get a free cup of hot chocolate if they give us a hug or a high-five or a fist bump.” In the spring comes “Seeds of Hope,” during which the group hands out flower seeds in small bags with positive quotes attached. “We usually do it around finals time, just to say, ‘Hey, spring is coming; keep your head up; bright things coming your way,’” Newburn said.

The humanism group is part of a larger trend at the college, bringing literary and artistic insights to the aid of compassionate health care. Newburn, for example, is a facilitator in a project called Open Book, a collaborative effort by a multidisciplinary group of faculty from all three campuses. It employs an approach known as “narrative medicine” to prompt students to think and feel deeply about diversity and inclusion. Students grapple with these issues through their responses to a work of art or literature chosen by faculty facilitators – who also engage in the exercise.

“Open Book is its own separate entity,” Newburn said. “But it’s really interesting because it attracts the Humanism in Medicine students. So there are a lot of parallels and common threads woven through some of these things. Some of us who have these interests, we kind of find our way into things that we’re passionate about.”