Heart, Soul and Faith: A Spotlight on Alicia Rodgers 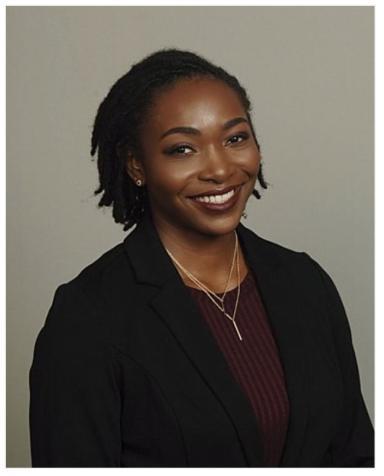 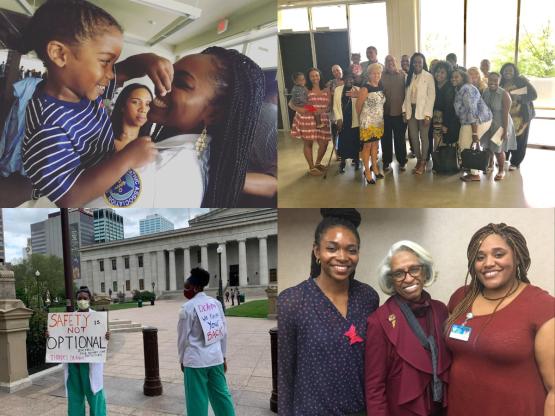 Many people believe in a higher power that has an influence on the decisions they make in their daily lives. For Alicia Rodgers, OMS IV, putting her faith in a higher power has been a critical part of her success.

“The number of times I was going to quit medicine, I can't even count because I was like, I am not cut out for this,” said Rodgers. “I just wanted to quit. If it were up to me, I do not think I would be here.”

But she is here and about to graduate with the Heritage College Class of 2022 due in large part, she believes, to the power of prayer and the many prayers of those who have supported her throughout her time as a medical student.

“Having a spiritual community has been really valuable in my journey,” she said. “For me, it was always important to find people to connect with, even if we didn't go to church together or even if we don't believe in the same God, we can connect in some regard, encourage one another, to keep going and to keep pressing through.”

Rodgers has lived all of her life in Ohio, keeping Columbus close to her heart as a special place. Growing up, she was diagnosed with a congenital heart defect known as tetralogy of fallot, which essentially causes low oxygen blood to flow through the body. Rodgers would have been one out of 2,518 babies born in 1992 with the condition.

Throughout her life, Rodgers has not let her health condition stop her or slow her down.

“I think God made me to be a little fighter,” said Rodgers. “I don't like when people tell me something I can't do.”

Coming from a family passionate about sports, Rodgers began playing volleyball in middle school, but made a contract with her cardiologist to have her heart checked annually Though she never passed out from playing sports, she contracted endocarditis, an infection of the inner lining of the heart. However, caring for Rodgers became something of a family affair.

“I had to have this catheter placed in my arm that went essentially to my heart to drop off the antibiotics,” said Rodgers. “I was on new bags for like six weeks and they were self-administered. I had to do it several times a day. In a way it became a whole thing for our family. Who's going to rotate this time to do the antibiotics?”

Rodgers grew up with a father who was a pastor, so faith was instilled in her at a young age.

“I have no doubt that each of the steps to get here were just divinely ordered,” said Rodgers. “I honor God, I don't mean to make anybody else feel uncomfortable about it, but I have no doubt that he has every good intention for my life in that, this life is bigger than me. There's a specific reason he would not let me get off of this path. The best I can do is honor it and what gifts, talents and opportunities he's given me.”

For those who have a passion to help others in need, Rodgers urges them to stay true to themselves regardless of what others think or comments made about not being the ideal candidate.

“I think it's so important to remember who you are,” said Rodgers. “The dreams that we have are for a reason and therefore a purpose. The moment you lose sight of that, I think it becomes so hard to stay true and full of integrity to do this. Regardless of what other people try to tell you about yourself, you have to know you and you have to know why you feel pulled and drawn to a career in a life in medicine.”