The David K. Wyatt Thai Collection, acquired by Ohio University Libraries in 2005, is a vast treasure trove of primary and secondary materials on Thailand, including some of the rarest of rare Thai-language monographs, cremation volumes and manuscripts. The collection is housed in the Hwa-Wei Lee Center for International Collections in the Vernon R. Alden Library. Materials from the Wyatt Collection are searchable in English and Romanized script in ALICE. 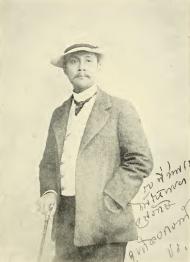 In 2010, which marked the 100th anniversary of the death of King Chulalongkorn, Ohio University Libraries digitized a selection of rare books from the David K. Wyatt Thai Collection. The collection consists of King Chulalongkorn’s 24-volume diary, spanning the years 1886 to 1887, and more than 30 volumes of travel writings, chronicling the King’s visits to India, Malaya, Singapore, Java, Western Europe, Russia, and the remote corners of Siam. The entire collection is freely accessible on the Internet Archive.

David K. Wyatt, the eldest of five children, was born in Fitchburg, Massachusetts in 1937. Wyatt spent much of his childhood in Cedar Rapids and Waterloo, Iowa. He studied philosophy at Harvard University, from which he took a Bachelor’s degree in 1959. He received a M.A. in History from Boston University in 1960. He graduated from Cornell University with a Ph.D. in History in 1966. In 1964, prior to completing his dissertation, Wyatt accepted a teaching position at the School of Oriental and African Studies at the University of London, where he taught Southeast Asia History until 1968. From 1968 to 1969, he taught at the University of Michigan. Subsequently, in 1969 he accepted a teaching position at Cornell University, where he served as the Director of the Southeast Asia Program, Chair of the Department of History, and the John Stambaugh Professor of History & Asian Studies before retiring in 2002. 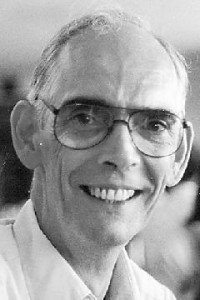 David Wyatt was the recipient of numerous awards, including a Senior Fellowship from the National Endowment for the Humanities (1973-1974), and a John Simon Guggenheim Memorial Foundation Fellowship (1983). Professor Wyatt also served as President of the Association for Asian Studies between 1993 and 1994.

During his distinguished career, Wyatt published a prodigious number of articles and books. In addition to several translations of Thai chronicles, and contributions to In Search of Southeast Asia (1971, c1987), and The Emergence of Modern Southeast Asia (2005), Dr. Wyatt is the author of The Politics of Reform in Thailand (1969), Thailand: A Short History (1984, c2003), Siam in Mind (2002), and Reading Thai Murals (2003).

Professor Wyatt succumbed to congestive heart failure on November 14, 2006, in Ithaca, New York. He was 69. Long recognized as a leading authority on Southeast Asia, and the foremost historian of Thailand, the impact of his passing on the academic world cannot be exaggerated. Wyatt helped give shape to the field of Southeast Asian studies, and left behind a formidable body of literature on Thai history which, in terms of both quantity and quality, will not likely be surpassed for many decades to come.