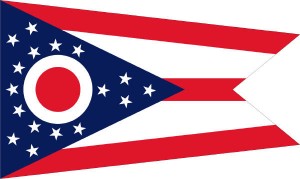 The Ohio documents collection is located on the 5th floor of Alden Library in the Government Documents Collection. Ohio documents are cataloged in the library’s ALICE Catalog.  Additional materials are available via the OhioLINK Central Catalog.

Ohio University became a State of Ohio depository in 1959 and receives all agency and department publications deemed important for public use and distributed through the state depository program. Items are received from state agencies such as the Department of Education, the Secretary of State, and the Natural Resources Department. Materials are also received from those agencies, boards, commissions, and bureaus which are funded by the state government, e.g. the Agricultural Research and Development Center, the Ohio Youth Commission, the Public Utilities Commission, etc.

Our Ohio documents collection dates from the 1840’s and has over 18,000 volumes, 9,000 units of microfiche, and 196 periodical titles as well as digital content via the Internet. The collection includes everything from statistics to engineering studies, from recipes and geological maps, to brochures about the State Parks.

Ohio documents are shelved according to the Ohio Documents Classification Scheme. This  is similar to the SuDoc system used for U.S. documents: it is an arrangement according to issuing agency rather than subject. Ohio document call numbers consist of letters and numbers such as the following: