Dr. Gladys Bailin received her Honorary Doctor of Fine Arts degree in celebration of her life and career

On Friday, Sept. 9, many OHIO students, faculty, staff as well as the Athens community packed the Athena Cinema for the award ceremony and viewing of a film in celebration of the many lifelong accomplishments of Gladys Bailin Stern. With laughter in the air and smiles all around, no one wanted to leave the warm and comforting environment curated by the women who’s known to be an inspiration and mentor to many.

In 2019, Bailin donated her collection of materials to University Libraries, now titled the Gladys Bailin Papers, which document more than 50 years of her impressive career in modern dance. She also established the Alwin Nikolais/Murray Louis/Gladys Bailin Archive Fund to preserve those dance collections for future generations.

“A tireless champion of dance as an art form, Gladys Bailin Stern has inspired generations of dancers with her keen wit, amiable humor and discerning eye,” wrote Tresa Randall, associate professor in Dance. “In her endeavors as a performer, choreographer, teacher, administrator and mentor, she is perennially creative, rigorous and energetic.”

Recently, Bailin Stern received an Honorary Doctor of Fine Arts degree at the Athena Cinema during an event called “The Celebration of Dr. Gladys Bailin Stern,” as well as the viewing of the film entitled, “An Interview with Gladys Bailin,” This film, produced by University Libraries, was published over the summer in the annual magazine, “Gatherings, Spring 2022.”

“In this interview, Bailin reflects on her early training in New York City with dance legend Alwin Nikolais, her international career as a performer and choreographer, and her impact on the School of Dance at Ohio University,” said Randall.

Below are highlights of the event captured in photos. 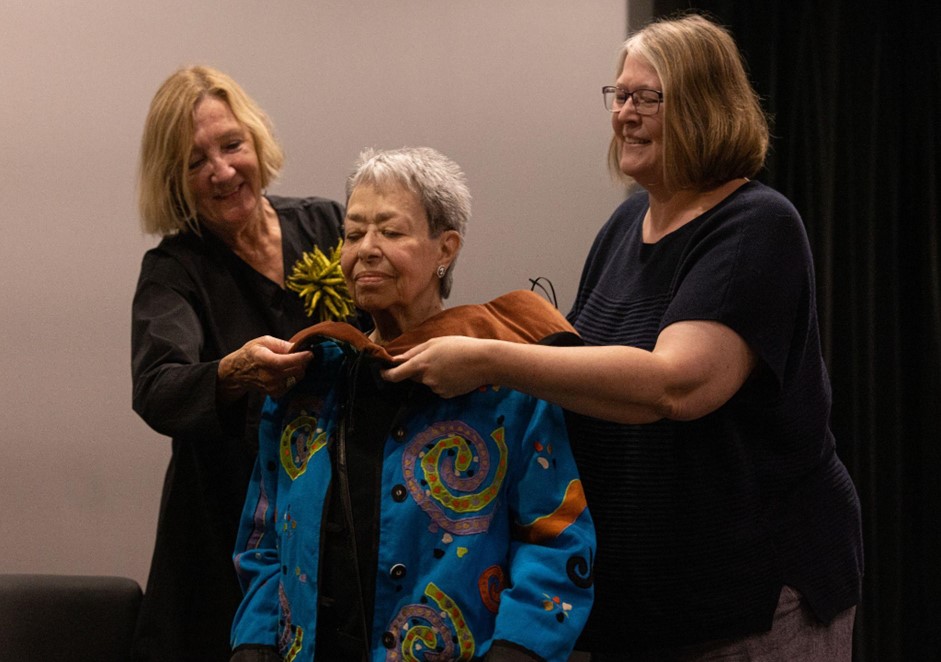 Peggy Viehweger, chair of the Board of Trustees, and Elizabeth Sayrs, executive vice president and provost, honor Gladys Bailin Stern, director of emerita and distinguished professor, during the hooding ceremony. 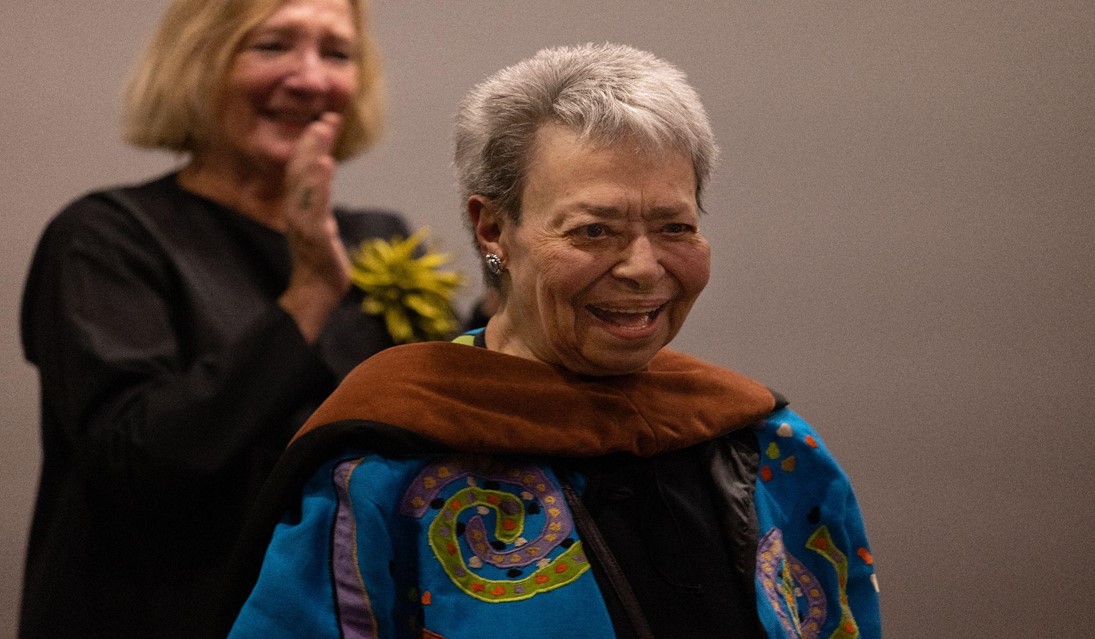 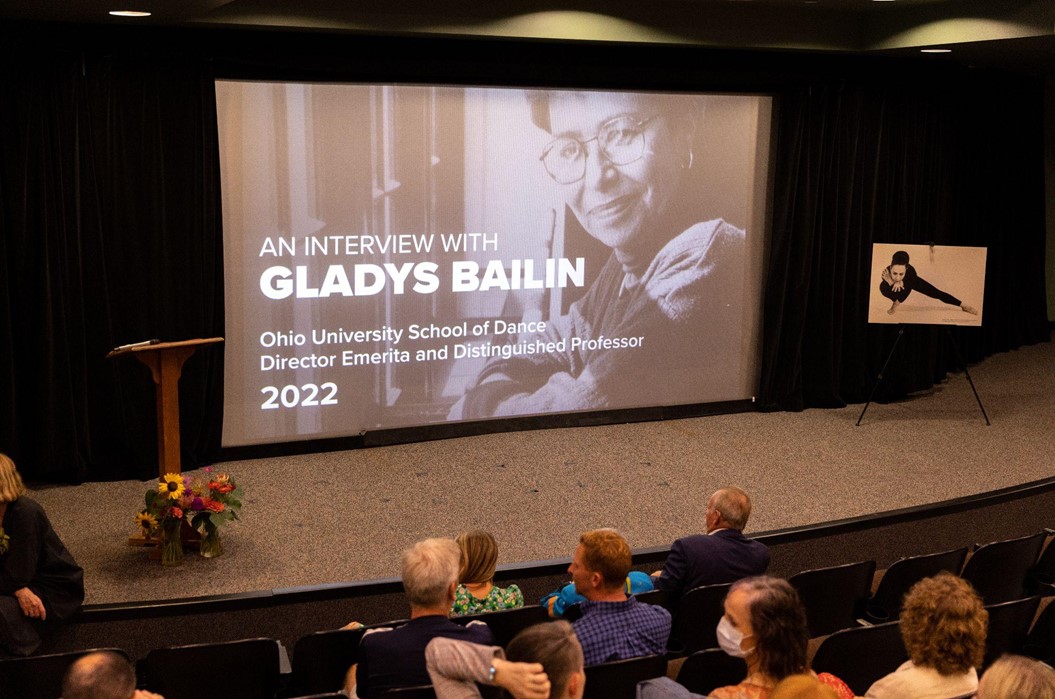 Because of her many impressive achievements and accomplishments in the field of modern dance, Gladys Bailin Stern was bestowed the Honorary Doctor of Fine Arts degree in an award ceremony at the Athena Cinema, which included the short documentary dance film, “An Interview with Gladys Bailin.” 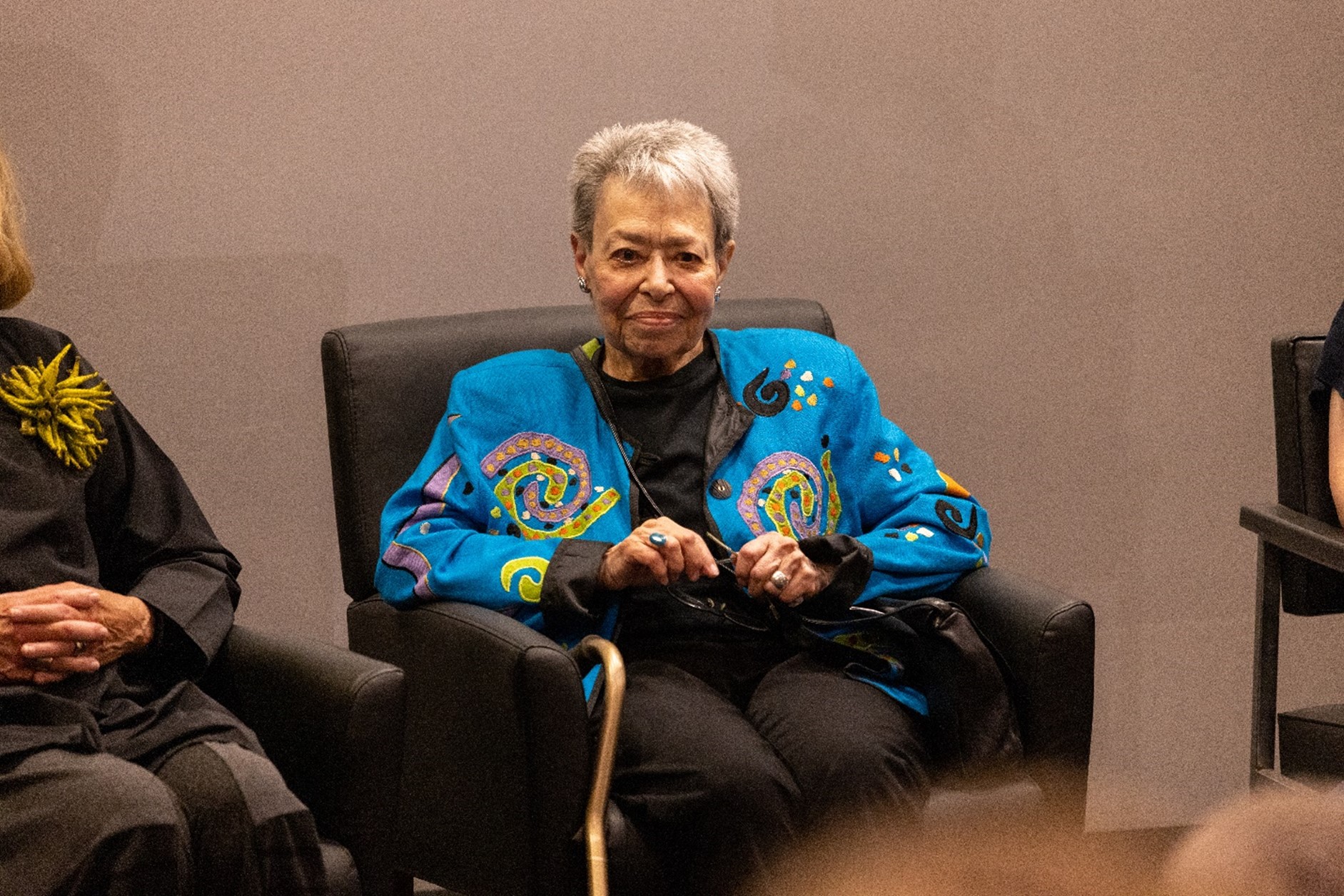 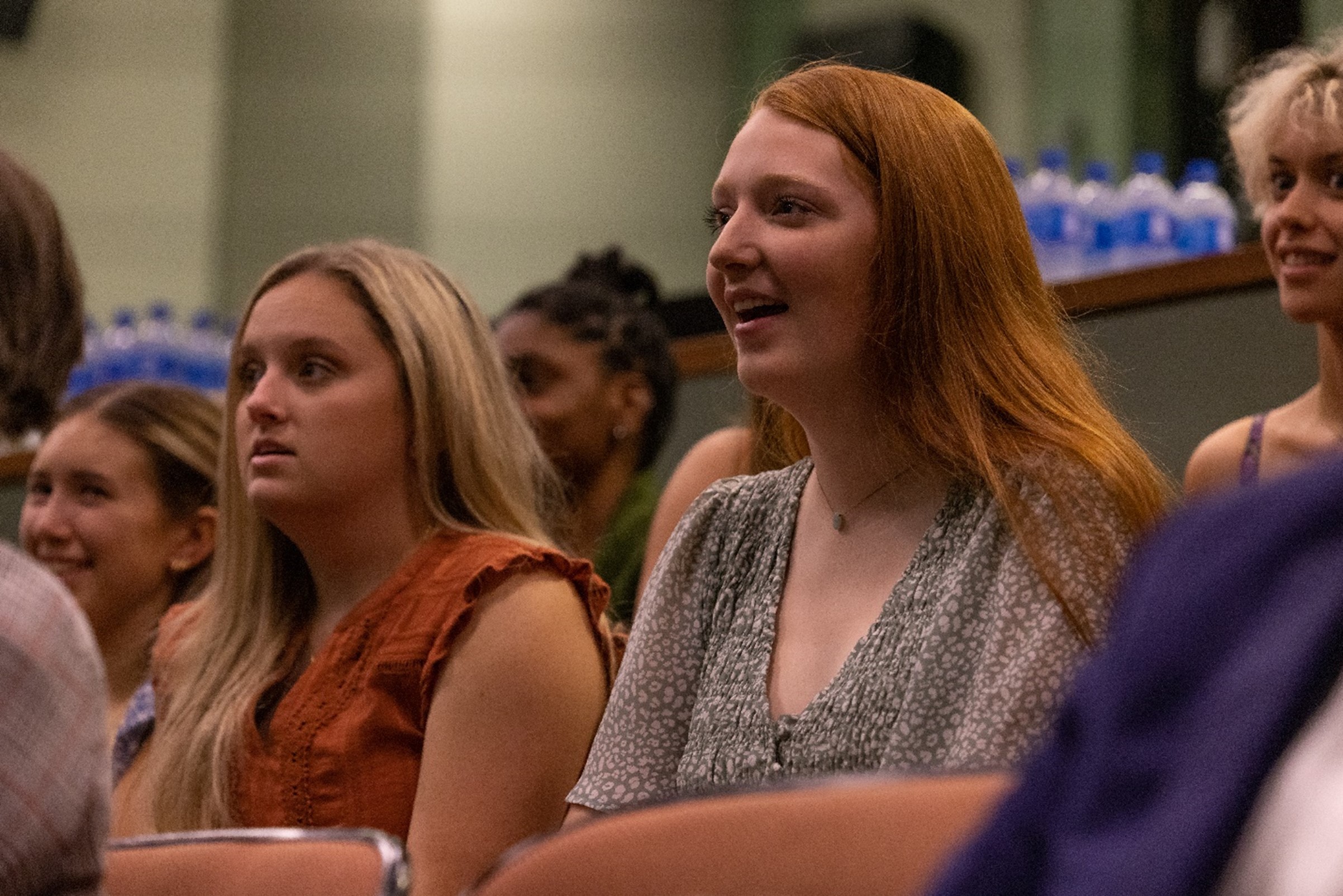 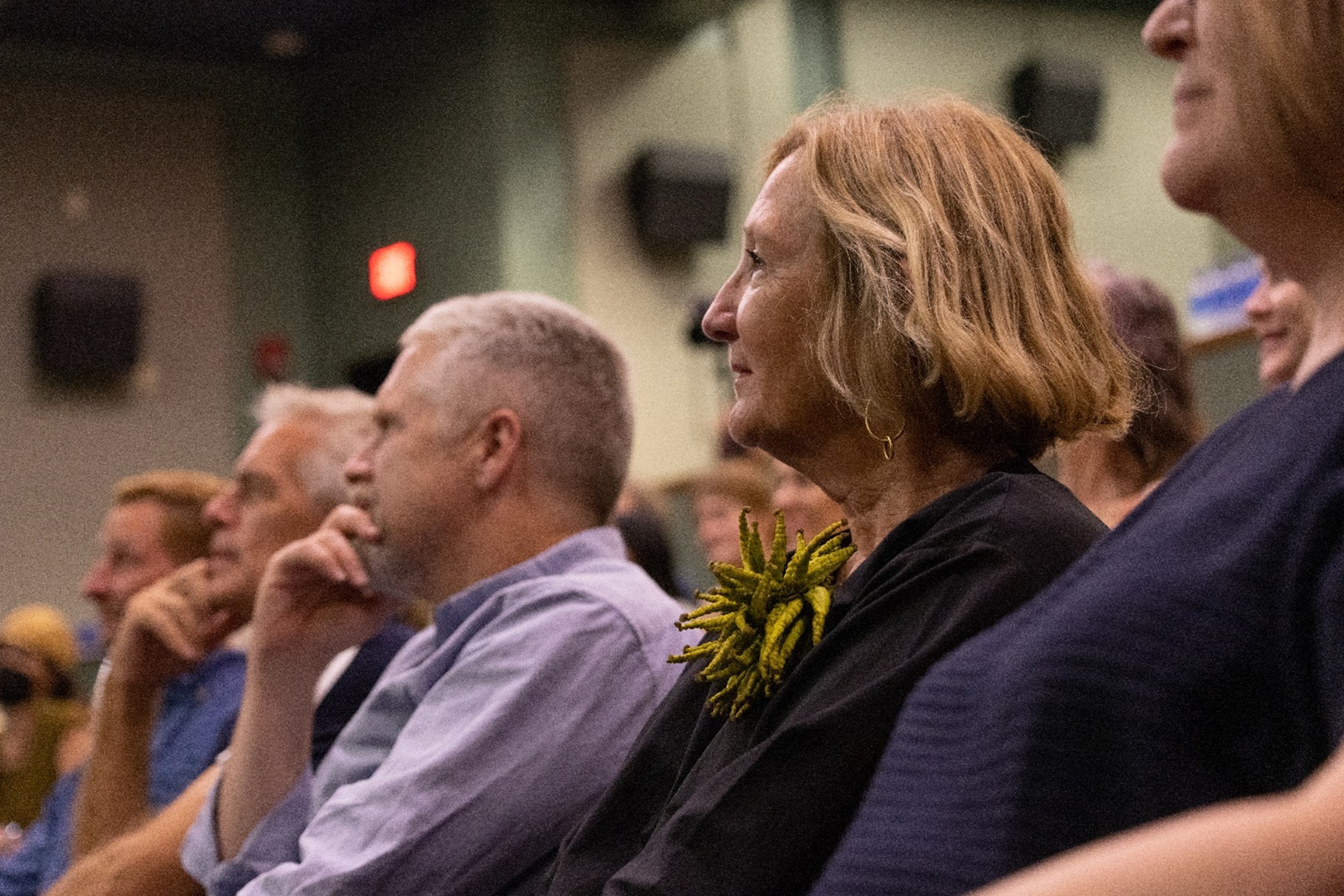 Peggy Viehweger, chair of the Board of Trustees, listens during the award ceremony at the Athena Cinema. 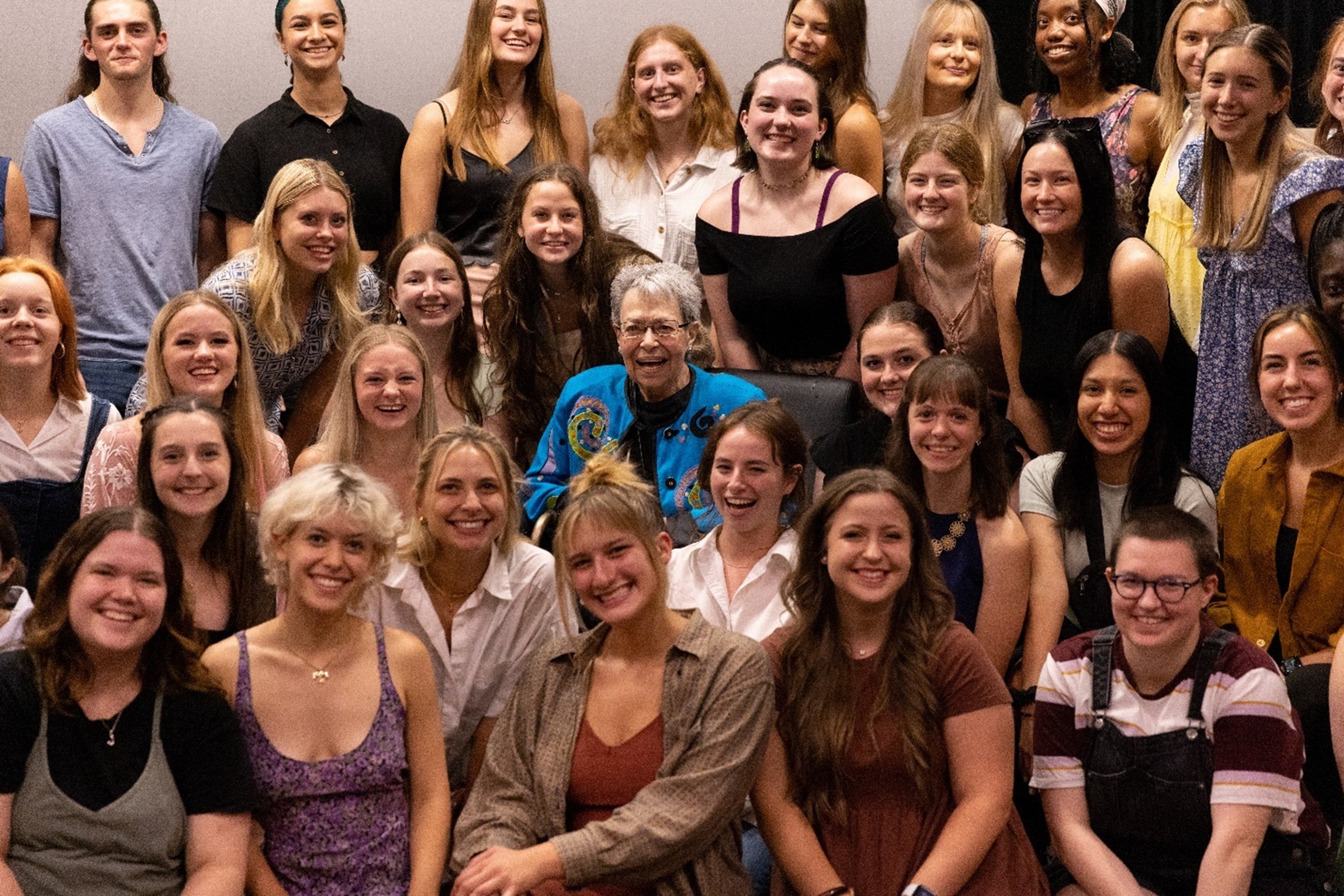 The School of Dance students and Gladys Bailin Stern pose with big grins after the award ceremony event. 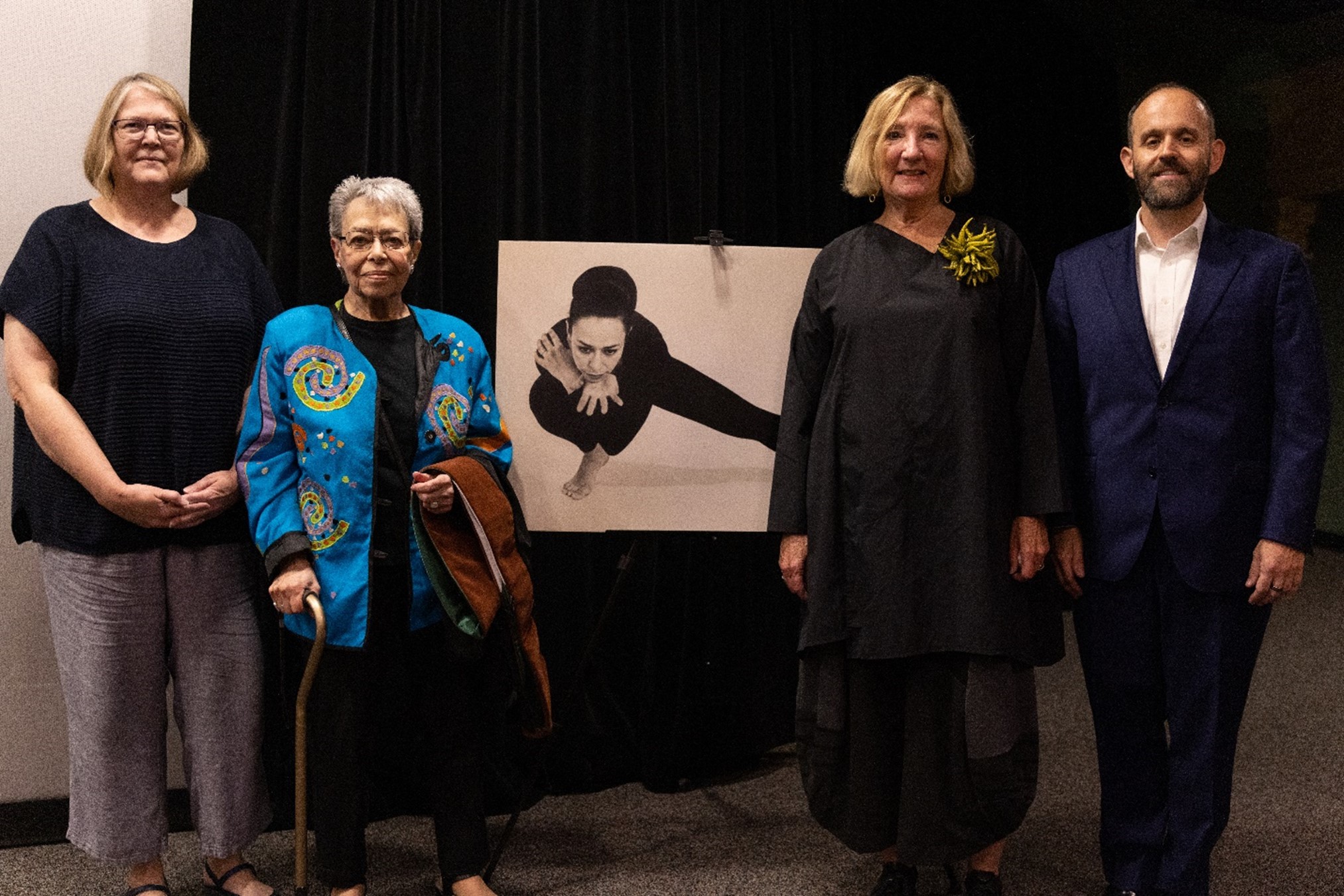 Elizabeth Sayrs, executive vice president and provost, Gladys Bailin Stern, director of emerita and distinguished professor in Dance, Peggy Viehweger, chair of the Board of Trustees and Neil Romanosky, dean of University Libraries, pose in front of a photo of Gladys Bailin Stern after the Honorary Doctor of Fine Arts Ceremony.