2019 Homecoming Display Provided an Exciting Look at OHIO’s Past

“While much of Homecoming is aimed at attracting alumni back to OHIO, the Libraries’ Homecoming display is designed to educate present-day students about the differences and similarities of their lives here today and the lives and times of college students of the past,” said Bill Kimok, university archivist and records manager and interim co-department head of arts and archives.

The annual display moved from Baker University Center to Alden Library nearly 10 years ago because it’s the most natural spot for a display like this, as the Libraries’ university archives are housed in the Mahn Center for Archives and Special Collections. While it is still fairly new compared to the long-established Homecoming tradition of going to the parade and football game, it is still gaining popularity as a favorite Homecoming stop.

To view more photos from the Honors Tutorial College class visit to the Homecoming display, head to the Libraries’ Flickr page.

To view more photos from the Homecoming display during Saturday, Oct. 12, head to the Libraries’ Flicker page. 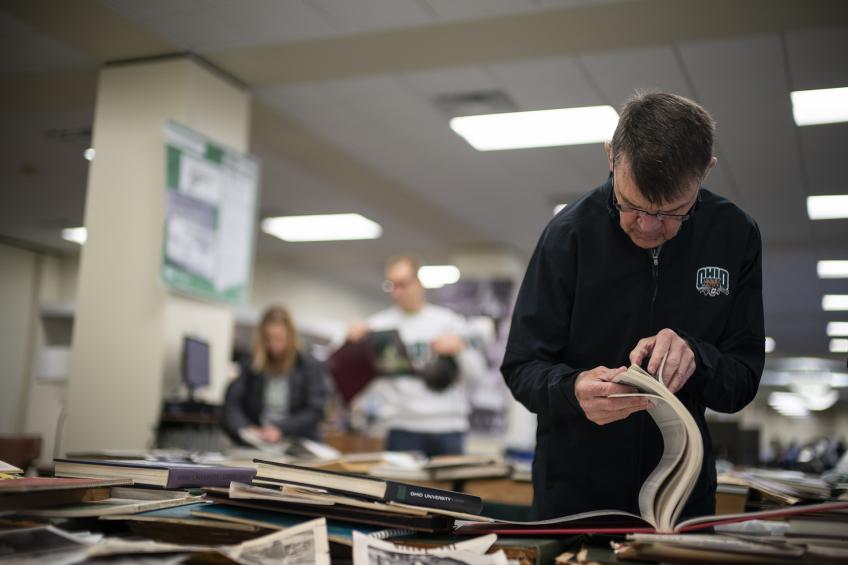 Alumnus Cary Cooper looked through the yearbooks from his time at Ohio University in the ‘60s while he was at the Homecoming display.

“I played on the baseball team back in ’64,” he said. “I enjoy [this display] because I had some special connections here that I wanted to see.” 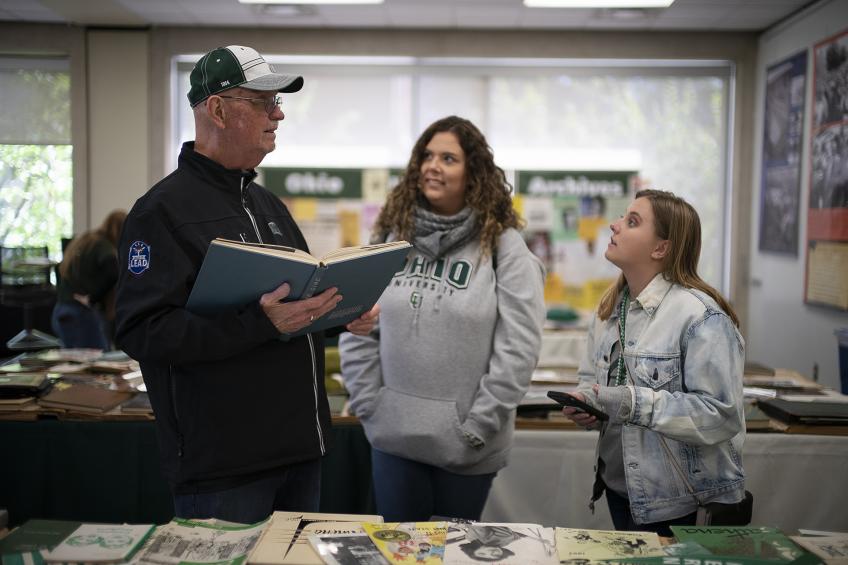 Alumni Ray Asik and Brooke Kobasher also came to the Homecoming display to reminisce on their respective time at Ohio University. Asik says he was the first person to change the artwork on the kissing circle, an area in College Green now marked with a plaque. The kissing circle tradition began a long time ago, where the rules were simple, a white “X” was painted on the ground and when a man and woman passed over it, they had to kiss. However, sororities and fraternities began taking over the kissing circle and painting their letters, symbols and colors on the bricks, until one day Asik decided to change what he painted.

“The kissing circle, I started it,” said Asik. “I was gonna paint the PIKE [his fraternity] letters on it. I grabbed a couple of buckets of paint and went out there and said, ‘I’m not going to paint it for them, I want to paint it for my girlfriend.’ So, I said ‘to Sandy, love Ray.’” 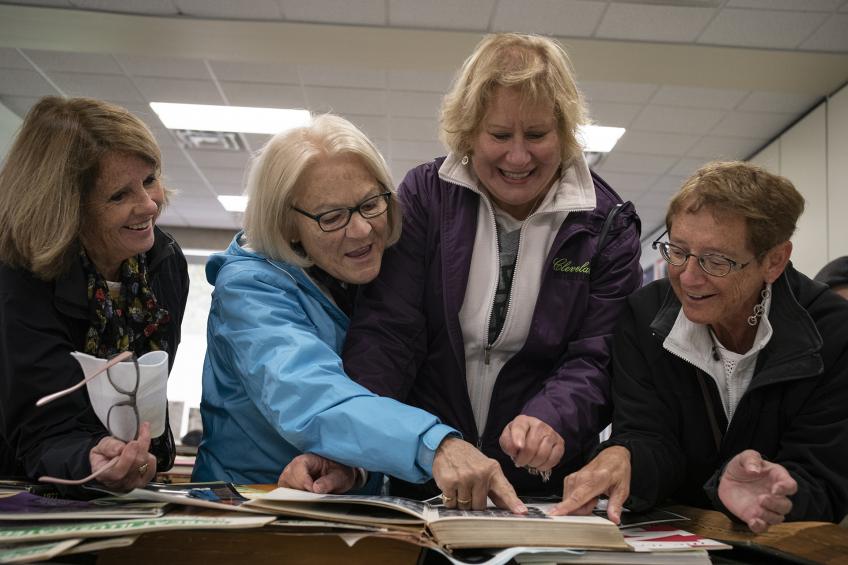 OHIO alumnae Mary Jo Halcik, Marsha Straw Fahrenholz, Barb Kraemer and Kathy Esper (left to right) spent their time at the Homecoming display looking at yearbooks from their time at Ohio University and talking about the people they knew back then. They said they come back to the Athens campus every five years from all over the country to reconnect with one another.

“Forty-five years, baby, and I plan [a visit] every five years,” said Esper. “These are all of my Wilson Hall mates.”
Kraemer, who also grew up with Esper, chimed in, “And, we lived together as seniors on Elliot.”