Ohio University is committed to suicide prevention by providing resources and services to the entire community. We know that many students will question whether the world would be better without them, but we encourage them to keep going and keep growing.

Our suicide prevention programs train members of the OHIO community in responding empathetically to a student in crisis. 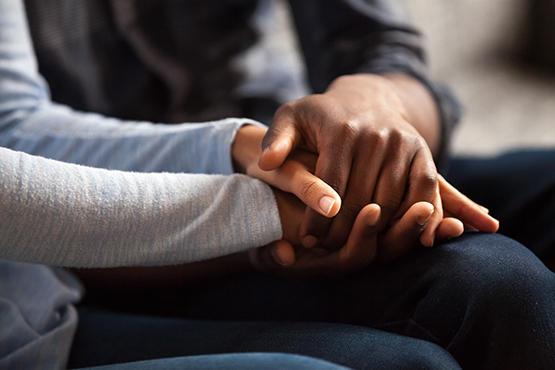 How to support someone who is experiencing suicidal thoughts

If the person you are talking to is in immediate danger do not leave them alone. Dial 911 if you are off-campus, or Ohio University Police Department Emergency (740) 593-1911 from a cell phone if you are on campus.

If there are no immediate safety concerns, but you are worried about a friend or student, our staff would be happy to provide support. To speak with a counselor or consult about an emergency call (740) 593-1616. We are available 24/7.

Worried about a student or classmate?

It's important to recognize the warning signs that may indicate someone is contemplating suicide, because it increases the likelihood of early detection and intervention with people who are in crisis.

People who engage in self-harm want to kill themselves
Many times, people who engage in self-harm behaviors are doing it cope with intense negative emotions and do not want to kill themselves. Even though they are not necessarily trying to end their life, studies show that people who have been injuring themselves over a long period of time have a higher risk for suicidal thoughts, gestures, and attempts. For this reason alone, it is important to ask whether the person is having suicidal thoughts.

There is no preventing someone from acting on these thoughts
Many individuals contemplating suicide do not want to die, they want to end their pain and suffering. Listening, empathizing, validating, and connecting the individual to mental health resources are some of the most helpful things you can do.

People who talk about suicide don't kill themselves
Most individuals who have attempted or died by suicide have given warning signs. Do not ignore suicide threats.