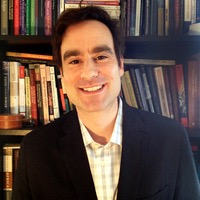 Jonathan Agensky is Director of War and Peace Studies and Assistant Professor and Director of Graduate Studies at the Department of Political Science. Prior to joining Ohio University, Dr. Agensky held two postdoctoral fellowships at the London School of Economics and Political Science in the departments of International Development Studies and International Relations. He held a predoctoral fellowship at Yale University’s MacMillan Center for international and Area Studies. Dr Agensky completed his undergraduate studies in Canada, where he earned a BA (Hons) from the University of Toronto in Anthropology and Religious Studies. He completed his graduate training in the United Kingdom, where he earned an MPhil in International Relations and a PhD in Politics and International Studies from the University of Cambridge. His research and teaching interests are IR theory, religion and international politics, global humanitarianism, and postcolonialism.

Dr. Agensky’s published and ongoing work addresses contemporary and historical intersections of religion and international political order, as well as the social dimensions of security, relief, and development with a focus on humanitarianism, global governance, and postcolonial Africa. He has published in journals such as Third World Quarterly, European Journal of International Relations, Cambridge Review of International Affairs, Global Society, and Globalizations. He has also contributed to recent edited volumes on humanitarianism, international peace operations, and religion and world peace. Dr. Agensky is currently completing a manuscript on evangelical humanitarianism and the global politics of South Sudan.

Dr. Agensky has conducted fieldwork in the US, UK, Kenya, and South Sudan and has lived and worked in both North America and Europe. He currently sits on the Advisory Board of Ohio University’s Center for International Studies. Additionally, he serves as Vice-Chair for the Executive Committee of the Religion and International Relations section of the International Studies Association (ISA) and is a member of Executive Councils for both the Religion and Politics Division and International History and Politics Division of the American Political Science Association (APSA). In his pre-academic life, Dr Agensky spent many years as an Indy musician and digital design and communications professional in Toronto. When not working, he can be found in and around Athens walking his Scottish Terrier, Echo.