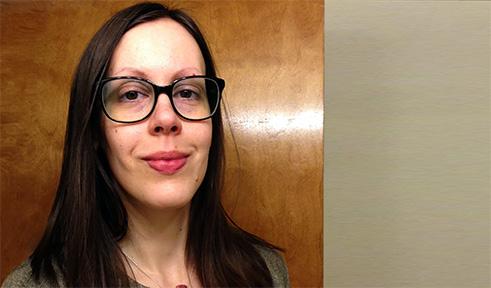 Mirna Zakić is Associate Professor in the History Department. Her research interests include the relationship between ideology, war, and society; issues of occupation and collaboration; Volksdeutsche (ethnic Germans) and other ethnic minorities in the 20th century; and the relationship between the center and the periphery in national expansion and nation building.

Zakić is the author of Ethnic Germans and National Socialism in Yugoslavia in World War II (Cambridge University Press, 2017; paperback edition 2019 ). The book offers an in-depth study of the ethnic German minority in the Serbian Banat (Southeast Europe) and its experiences under German occupation in World War II. Zakić argues that the Banat Germans exercised great agency within the constraints imposed on them by Nazi ideology, with its expectations that ethnic Germans would collaborate with the invading Nazis. She examines the incentives to collaboration that the Nazis offered as well as social dynamics within the Banat German community—between their Nazified leadership and the rank and file—and the various and ever-more damning forms collaboration took. The Banat Germans provided administrative and economic aid to the Nazi war effort and took part in Nazi military operations in Yugoslav lands, the Holocaust, and Aryanization. They ruled the Banat on the Nazis' behalf between 1941 and 1944, yet their wartime choices led ultimately to their disenfranchisement and persecution following the Nazis' defeat.

Zakić has had research articles published in The Journal of Contemporary History and Holocaust and Genocide Studies. She is the Associate Editor for Book Reviews with the journal Central European History.

Mirna Zakić teaches classes on the political, social, and cultural history of modern Germany and Europe, with a focus on the Third Reich, World War II, the Holocaust, and their postwar legacies. Her courses include: