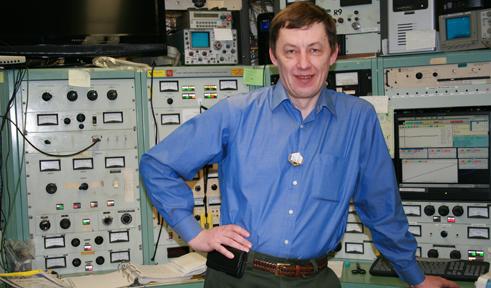 The problems we investigate relate to the low-energy nuclear physics and are connected to the experimental study of the nuclear level density in a wide excitation energy range and the γ-strength functions for energies below the particle separation threshold. These problems have a long history but are still far from the complete solution because they represent a difficult experimental task. Our ideas along with modern experimental facilities and computational techniques allow us to solve these long standing problems of low-energy nuclear physics.

The novelty of our approach is based on combination of different types of experimental techniques and methods to study nuclei of interest. Despite the fact that the nuclear level density and the γ-strength function are different unrelated physics quantities, we study them together since from an experimental point of view they are coupled below the particle separation threshold, i.e. it is not possible to study the γ-strength function without studying the level density since γ-spectra measured in experiments depend on both of these functions. The latter fact use to represent the main experimental difficulty resulted in big uncertainties of these functions.

The γ-strength function is practically not studied below the particle separation threshold and level density is poorly studied above the region of discrete levels. Such questions as what kind of nuclear excitation modes create levels at high excitation energies, what nucleon-nucleon interactions are responsible for this, what is the origin of γ-transitions in nuclei are of fundamental importance which have not been fully answered yet.

The level density and γ-strength functions also have a practical value. Cross sections of many reactions, especially those which go through the compound mechanism, critically depend on these two functions. They are most important inputs in Hauser-Feshbach model calculations of reaction cross sections. It is very important for practical applications in such areas as nuclear astrophysics (reaction rates in cosmos, production of elements) and technology (reaction cross sections for nuclear power applications).