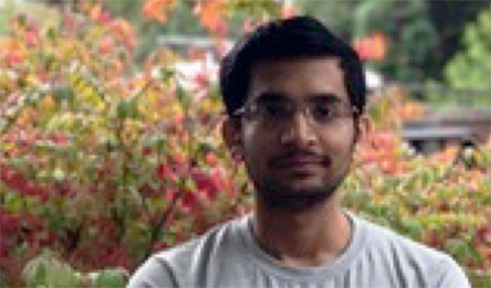 I have earned my Master's degree in Biological Sciences from Ohio University, Athens under the guidance of Dr. Soichi Tanda (2016-2018). I have earned my Bachelor of Technology degree in Biotechnology from Manipal Institute of Technology, Manipal, India (2012-2016). I have done an internship in Serum Institute of India, Pune, India and my final year undergraduate project in Monsanto Research center, Bengaluru, India.

Exosomes are 30-150 nm extracellular vehicles (EVs) released from several tissues and have been recently established to play a significant role in cell to cell communication via transport of proteins, lipids, DNA, and RNA. These EVs are found in most human biological fluids, including urine, synovial fluid, and plasma.

Growth hormone (GH), produced centrally by the pituitary gland or peripherally by several tissues, significantly increases the synthesis of proteins and  RNA – processes also regulated by exosomes. My research focuses on the investigation of the effect of GH on exosomal secretion and their cargoes.