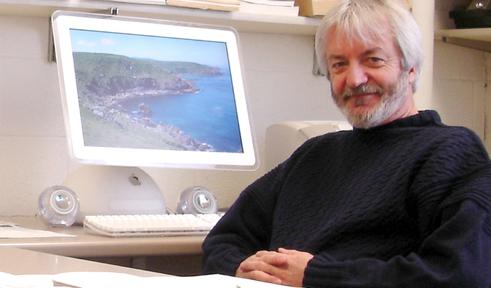 Nance is a native of Cornwall, U.K. and received his B.Sc. (Hons) in geology at the University of Leicester, UK in 1972. He moved to Canada in 1976 after completing his Ph.D. in geology at the University of Cambridge, where he studied the application of plate tectonic theory to the development of ancient mountain belts and developed his research interest in tectonic activity and large-scale geodynamic processes. In 1982, Nance and fellow department member Tom Worsley proposed the supercontinent cycle, the now-substantiated theory that the Earth's geologic, climatic and biological evolution has been dominated by the episodic assembly and breakup of supercontinents. Using the peri-Gondwanan terranes of the northern Appalachians and Britain, and the Acatlán Complex of southern Mexico, Nance has studied the causes and effects of the Earth’s moving continents and has attempted to reconstruct their past geographies, particularly with respect to the supercontinent Pannotia and the Paleozoic Rheic Ocean. He has also examined the on-going uplift of Mt. Olympus, Greece, and its influence on the mountain’s Pleistocene glacial record and is an authority on 19th century Cornish mining history and its steam technology.

Nance has twice received the College of Arts & Sciences Outstanding Teacher Award; he has been twice nominated for the University's Outstanding Graduate Faculty Award, and he has toured as a distinguished lecturer for the Atlantic Provinces Intercollegiate Council for the Sciences. He is editor of Lithosphere and past-editor of GSA Today, he serves on the editorial boards of Gondwana Research and Geoscience Frontiers, and he has served as guest editor for several international journals. He has also served as a peer review panelist for the Department of Energy and a research adviser for Argonne National Laboratories. Nance has published over 220 papers, authored and edited 21 books and maps, and given 235 presentations at national and international meetings.