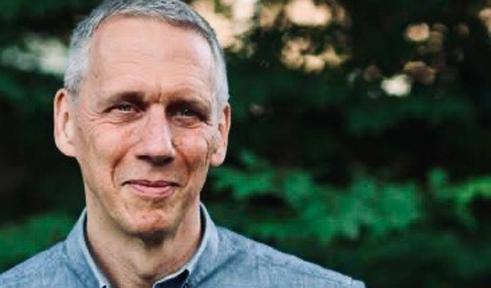 Professor Lybarger is a religious studies specialist (Islam; comparative religions) with more than 20 years of experience in ethnographic field study methods. His research and teaching have focused on how religion, nationalism, war, mass displacement, and state violence shape identities and demands for justice across generations. He has published two books examining these questions in relation to Palestinian experiences in the West Bank and Gaza Strip (Identity and Religion in Palestine: The Struggle between Islamism and Secularism in the Occupied Territories) and in the United States (Palestinian Chicago: Identity in Exile). Lybarger has also worked collaboratively on research addressing religion, memory, and demands for justice in Argentina. This project has resulted in a short film (see link further below) and a book titled, Commemorative Literacies and Labors of Justice: Resistance, Reconciliation, and Recovery in Buenos Aires and Beyond. He is developing two new projects focusing on how religion shapes responses to climate change in rural regions such as Northern California, Southern Indiana, and Southeastern Ohio and on Palestinian communities in the European Union. His current teaching encompasses topics in Islamic Studies (CARS 3020/5020: Introduction to Islam; CARS 3030/5030: Political Islam; and CARS: 3040/5040: Sufism) as well as comparative courses such as CARS 3240: Theories of Religion; CARS 3210: Religion and Violence; and CARS 2400 Introduction to the Study of Religion. Lybarger has served in leadership positions in the Classics and Religious Studies Department, the Ohio University Chapter of the American Association of University Professors, the American Academy of Religion, and the Palestinian American Research Center.

2013-15 Senior Fellowship (two years), Martin Marty Center for the Advanced Study of Religion at the University of Chicago

2022 Commemorative Literacies and Labors of Justice: Resistance, Reconciliation, and Recovery in Buenos Aires and Beyond. With James S. Damico and Edward Brudney. London, UK: Routledge

2007 Identity and Religion in Palestine: The Struggle between Islamism and Secularism in the Occupied Territories. Princeton, NJ: Princeton University Press; reissued as paperback in August 2012

2012 Special Topics Forum on Martin Riesebrodt’s The Promise of Salvation, in The Journal for the Scientific Study of Religion 51, 3 (co-editor of the forum and co-author with Mary Ellen Konieczny and Kelly H. Chong of introductory essay)

2021 “Secularism and the Religious Shift in Palestinian Chicago: Implications for Solidarity and Activism,” Journal of Palestine Studies

2018 “Religion and the Commemoration of the Disappeared in Argentina 40 Years after the Dictatorship: A Study of Martyrological Memory at the Church of Santa Cruz,” with James S. Damico and Edward Brudney, Journal of Religion and Society 20: 1-29

2016 “Commemoration, Testimony, and Protest in Argentina: An Exploration of Response and Responsibilities,” with James S. Damico, Ubiquity: The Journal of Literature, Literacy, and the Arts 3, no. 1 (Spring)

2015 “How Far is Too Far? Defining Self and Other in Religious Studies and Christian Missiology,” Journal of the American Academy of Religion 84, no. 1; online publication date, Sept. 1, 2015

2014 “Nationalism and the Contingency of the Religious Return among Second-Generation Palestinian Immigrants in the United States: A Chicago Case Study,” The Muslim World 104 (July): 250-280

2007 “For Church or Nation? Islamism, Secular-Nationalism, and the Transformation of Christian Identities in Palestine,” Journal of the American Academy of Religion 75, 4: 777-813

2022 “‘Deliver Us from Evil’: Religion and the Problem of Political Violence and Peace,” chapter in Religion and Peace: Global Perspectives and Possibilities, edited by Nukhet A. Sandal and Ingo Trauschweizer, Athens, OH: Ohio University Press.

2013 “Other Worlds to Live In: Palestinian Retrievals of Religion and Tradition,” chapter in Palestine and the Palestinians in the 21st Century, edited by Rochelle Davis and Mimi Kirk, Bloomington and Indianapolis, IN: Indiana University Press