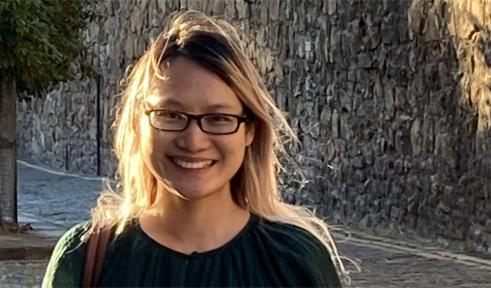 Victoria Lee is an associate professor in the History Department. She is a historian of modern science and technology, with a focus on the role of Japan in the 20th and 21st centuries. Her book, The Arts of the Microbial World: Fermentation Science in Twentieth-Century Japan (Chicago 2021) looks at Japanese society’s engagement with microbes in science, industry and environmental management. It explores how fermentation expanded beyond small-scale traditional manufactures to take special prominence in food, resources, and medicine, addressing scientists’ and technicians’ role in defining the texture of everyday life and material culture as an aspect of political economy. In doing so, it demonstrates that knowledge of microbes lay at the heart of some of Japan’s most prominent technological breakthroughs in the global economy.

Before coming to Athens in 2016, Lee was a postdoctoral fellow at the Max Planck Institute for the History of Science in Berlin, Germany. She was subsequently a 2020–21 fellow at the Institut d'études avancées de Paris, where she organized the public event Our Microbial Lives: A Forum Against Eradication. Her work has appeared in the Los Angeles Review of Books, NPR’s All Things Considered, and Mediapart. She is the director of the Technology and Society Certificate. In 2021 she received Ohio University’s Arts & Sciences Outstanding Faculty Research, Scholarship, and Creative Activity Award. She is a native of Toronto, Ontario.

The Arts of the Microbial World: Fermentation Science in Twentieth-Century Japan (Chicago: University of Chicago Press, 2021).

“Unraveling the Search for Microbial Control in Twentieth-Century Pandemics,” Studies in History and Philosophy of Biological and Biomedical Sciences 53 (2015): 122-125.