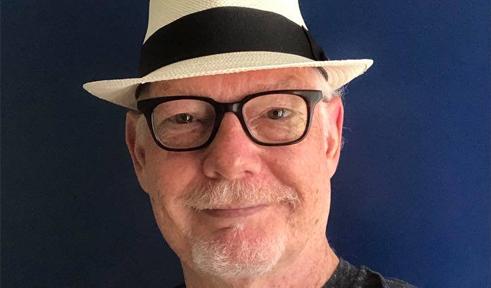 The result of over two decades of research, Holcomb co-edited Harlem Renaissance author Claude McKay’s never-before published, circa 1929-1933 Romance in Marseille for Penguin Random House. Co-editor William J. Maxwell, Washington University, St. Louis, and Holcomb contributed a comprehensive scholarly introduction as well as extensive notes on the text. Released in February 2020 as a Penguin Classic and part of the historic “Black Spine” series, the novel is the publisher’s Black History Month Selection and centerpiece of the Spring 2020 catalogue. As its nearly 90-year absence was partly due to its queer content, Romance in Marseille promises to transform the study of not only African American literature, but also 20th-century LGBTQ and disability fiction, the Black Lost Generation novel, and leftist-Marxist writings. Holcomb was invited to talk on Romance in Marseille at James Madison University, in March, and the University of Manchester, UK, in November 2019.

With Brooks E. Hefner, James Madison University, Holcomb is moreover co-editing the forthcoming McKay letters with Columbia University Press. As the Jamaican world-traveler’s collected correspondence remains unpublished, the release of his letters promises to enrich black literary studies and beyond.

Published in 2018, Teaching Hemingway and Race is part of the Kent State University Press “Teaching Hemingway” series. The collection suggests ways for high school and college instructors to teach Hemingway’s writings apropos issues of racial, ethnic, tribal, immigrant, and international identity. As well as the introduction to the book, Holcomb contributed “A Classroom Approach to Black Presence in The Sun Also Rises,” a chapter that offers the instructor suggestions on teaching Hemingway’s modernist novel in conversation with Harlem Renaissance texts. Holcomb has presented several times on teaching Hemingway and race, at Hemingway Society conferences, including the International Conference in Venice, Italy.

With Cheryl Higashida, C-U Boulder, and Aaron Lecklider, U Mass Boston, Holcomb co-edited “Sexing the Left,” a Spring/Summer 2015 special issue of English Language Notes. This special issue of ELN is meant to establish radical new directions in the study of the nexus of sexuality and leftist political art and culture. He also contributed a peer-reviewed article, “At Home with Sexing the Left: Writing Claude McKay, Code Name Sasha,” an essay that reviews scholarship on and explores the significance of the critical intersections between the Left and sex studies.

His first book, also in both hardback and paperback, is Claude McKay, Code Name Sasha: Queer Black Marxism and the Harlem Renaissance (University Press of Florida, 2007). The monograph has been discussed widely, with review articles in such journals as African American Review, American Literary History, American Literature, Callaloo, and GLQ: A Journal of Lesbian and Gay Studies. It is also featured in the annual research roundups American Literary Scholarship (2007), "Fiction: 1900 to the 1930s," published by Duke University Press, 2009, and The Year's Work in Cultural and Critical Theory 17.1 (2009), published by Oxford University Press. Claude McKay, Code Name Sasha won honorable mention for the Gustavus Myers Center for the Study of Bigotry and Human Rights Book Award

Holcomb was conferred a Faculty Fellowship Leave for Spring 2017. For his sabbatical, he conducted research in the New York Public Library’s archives, including the Schomburg Center for Research in Black Culture and Yale University’s Beinecke Rare Book and Manuscript Library, focusing on correspondence relating to McKay’s Romance in Marseille.

In 2016, Holcomb was invited to serve as a National Endowment for the Humanities Visiting Scholar for “Ernest J. Gaines the Southern Experience,” an NEH Summer Scholar Institute conducted in the Ernest J. Gaines Center, University of Louisiana, Lafayette.

In 2015, Holcomb was invited to teach a five-week graduate summer seminar on “Queer Black Renaissance” as a FIRST (Faculty-In-Residence-Summer-Term) Scholar in the Department of English, University of Colorado, Boulder. He also gave a public lecture on the same topic, based on a current research project.

In addition to the above appointments, he has served three Fulbright postings abroad. He was Senior Fulbright Specialist in the Department of American Studies, Dresden Technical University, Germany, in 2006. Prior to that, he was twice Fulbright Senior Lecturer in American Studies and Literature in Romania, first at the University of Bucharest, during 1998-1999, and then at A.I. Cuza University, Iasi, in 2004-2005.

Recent Articles in Scholarly Journals and Chapters in Critical Anthologies