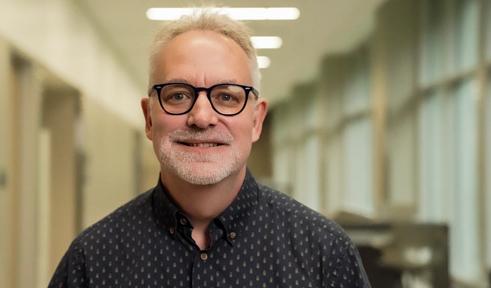 David Alan Drabold works on the theory of condensed matter. His work has focused particularly on the physics of amorphous materials, including glasses. In addition to creating realistic computer models of these materials, he has contributed significantly to our understanding of the consequences of structural disorder to electronic, optical and transport properties. In addition, he has developed a number of new computational algorithms for the efficient and accurate simulation of these and other materials using approaches based upon the foundation of quantum mechanics.

In 2005 Drabold was elected Ruth and Edwin Kennedy Distinguished Professor, the University's highest academic distinction, and he was elected a Fellow of the Institute of Physics (UK) the same year. In 2003, he was elected a Fellow of the American Physical Society (Division of Materials Physics) "for fundamental contributions to the physics of non-crystalline materials and development of efficient first-principles electronic structure methods." His other honors include Ohio Magazine's "Excellence in Teaching Award" (2006) and the Honors Tutorial College "Distinguished Mentor Award" (2007). He was Leverhulme Professor of Chemistry in 2008 (in Cambridge) and has twice been a Visiting Fellow Commoner in Trinity College, Cambridge and is a Life Fellow of Clare Hall, Cambridge.

Drabold has long been involved in the Ohio University Honors Tutorial College and is the current Director of Studies for the Physics and Astrophysics programs.

Drabold's hobbies include ancient and medieval history, and the study of antiquities from these periods. He is an incorrigible Anglophile, and a Fellow of the Royal Numismatic Society (London).