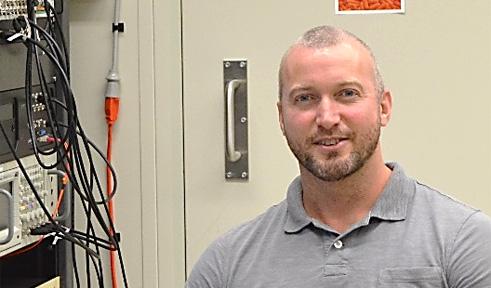 Everything we experience in the sensory world (i.e., vision, hearing, touch, smell, taste and proprioception) is translated into electrical bursts of activity—called spikes—in the neurons of our brains. I have a general interest in how sensory information is encoded in trains of spikes across neurons, and how higher-level areas of the brain decode the spike trains of lower-level neurons to form a percept of the sensory world. In investigating sensorineural coding, I focus on binaural hearing—i.e., the specific type of hearing conferred by having two ears. Binaural hearing underlies our ability to pinpoint the location of a sound source, identify different reverberative environments (e.g., shower stall vs. cathedral), and assists in segregating a sound source of interest in a world of constant, competing sources. My lab uses neurophysiological approaches to measure the spiking of neurons in auditory areas of the brain and psychophysical approaches to measure perceptual abilities, both in response to binaural stimuli. We use sophisticated mathematical analyses to quantify information in neural data, and develop computational models to explore the function of neural circuits.

Current questions being addressed in the lab are:

I earned my B.S. in Physics and Mathematics at the University of Iowa in 2002. There, I developed an interest in computational modeling in the biological sciences, particularly neuroscience. After college, I spent a year teaching algebra to eighth and ninth graders in the Boston public school system. I then did my graduate studies in Neural Science at New York University, first working with Dr. John Rinzel, investigating the effect of potassium channels on computational models of neurons in the auditory brainstem, which perform some of the fastest computations in the brain. Later with my adviser, Dr. Malcolm Semple, I investigated the underpinnings of binaural hearing by measuring sound-evoked spikes in neurons of the medial superior olive, which are the first neurons along the auditory pathway whose spiking activity is sensitive to differences in sound at the two ears. After earning my Ph.D. in 2009, I did postdoctoral research in the lab of Dr. Bertrand Delgutte at the Eaton-Peabody Laboratories of Massachusetts Eye and Ear and Harvard Medical School. There, I continued work on binaural hearing, measuring how the locations of two concurrent sound sources are encoded in spike trains of neurons in the inferior colliculus. I then joined the Department of Biological Sciences at Ohio University in 2015, where I continue to measure sound-evoked responses in auditory brain areas.