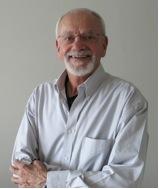 Dr. McDaniel is a Professor in the School of Media Arts & Studies at Ohio University. Previously, he held the posts of Director of the School of Media Arts & Studies, Director of the Center for International Studies, Director of Communication and Development Studies, and Director of Southeast Asian Studies. Prior to joining Ohio University, he worked as a broadcast journalist in the states of Washington and Colorado. He has held Visiting Professor positions at Nanyang Technological University in Singapore and Universiti Teknologi MARA in Malaysia. In 1990 he held a Fulbright Regional Research Fellowship in Southeast Asia, and more recently he received an appointment as Distinguished Scholar in Residence at the University of Queensland in Australia. He was twice named Ohio University’s outstanding graduate faculty member.

For many years Professor McDaniel served as Staff Consultant at the Asia-Pacific Institute for Broadcasting Development (AIBD) in Kuala Lumpur, Malaysia, a UN-chartered agency that provides research and training assistance across Asia. He has also organized training courses for the Asia-Pacific Broadcasting Union (ABU) and the Voice of America, as well as numerous other radio and television organizations.

Dr. McDaniel has written extensively on media in Asia and on technology in communication. Among his book publications are Electronic Tigers of Southeast Asia: The Politics of Media, Technology, and National Development; Broadcasting in the Malay World; Fundamentals of Audio Production; and Fundamentals of Communication Electronics.