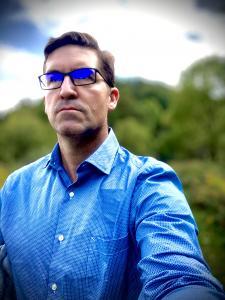 Cecil is an alumnus of the University of Oklahoma holding a BA in Liberal Studies with a background in telecommunication. He also is a graduate of the Ohio University School of Visual Communications holding a Master of Art in Commercial Photography (2016) as well as currently completing an MFA from the School of Film.

Cecil has taught in the School of Visual Communication, Film, and Media Arts & Studies over the past four years. He teaches Field Video and Audio Production, but has also taught a range of courses from Video production, Business for Commercial Photographers and Protools Mixing and Editing for Film Production.

Prior to his time at the University of Oklahoma, Cecil worked for WPSU studios as a in-studio camera operator for Penn State Public Broadcasting. His passions are visual storytelling, acting and fishing. He enjoys being engaged with the very talented and eager students of the School of Media Arts & Studies as an instructor.