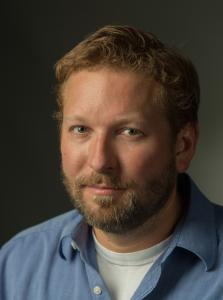 Brian Plow is an Associate Professor and Associate Director of the School of Media Arts & Studies. In addition to his administrative work, Brian continues to teach and produce creative work in the areas of non-fiction storytelling, cinematography and editing.  Brian is also a proud alumnus of Ohio University’s School of Film. He has returned to OU after serving on the faculty of Towson University's Electronic Media & Film Department (2005-2013) and the Department of Film and Media Studies at The John Hopkins University (2008-2011). Brian’s creative work has been exhibited in festivals throughout North America and Europe, national/international conferences and university programs, as well as television markets and PBS affiliates in Mid-Atlantic region.

Recently, Brian co-founded Media in Medicine, a collaborative platform, with faculty from The Heritage College of Osteopathic Medicine.  He co-produced The Veterans Project, an award-winning, feature-length documentary about combat veterans and the American healthcare system.  He served as an editor and post production supervisor for an award-winning medical education podcast, Rotations.  Currently he is editing and supervising post production on Dogs of War, a long-form documentary about the role service dogs play in the lives of veterans.

Once a Silicon Valley native, Brian has finally found his home in the Appalachian foothills, He loves fishing, farmers’ markets and flea markets.  He and his family have recently started a small family farm in Athens County, where he loves to start projects, but not necessarily finish them.