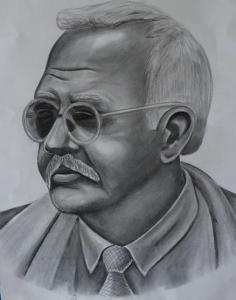 Steve Howard is a sociologist by training whose work focuses on social change in Africa and social movements in the Muslim world. He regularly teaches courses such as "Field Research Methods in Africa," "The Horn of Africa," "Monitoring and Evaluation Research," and "Modern Africa." His recent published articles include "Getting Ready to Vote: Youth, Democracy and the Media in Election Cycle Nigeria," "Africa's Languages: an ancient and 'open source' of intelligence," "Children and Media in Muslim Africa: Sudan, Senegal, Nigeria," and "Communicating Islamic Transformation: the Campaigns of Sudan's Republican Brotherhood." Steve has been African Studies Director at Ohio University since 1991 and in 1999 founded the Institute for the African Child. He is also director of the National Resource Center for African Language and Area Studies, one of 10 in the nation. He speaks French and Arabic and uses both in his African research and networking.