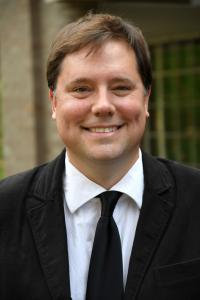 Dr. Charles P. ("Chip") Linscott works in the Immersive Media Initiative, where he teaches a series of classes on virtual reality theory, history, criticism, and production. Chip has been exploring audio production and experimental sound in various capacities since the late 1980s, and his writing deals principally with the implications of sound, image, technology and mediation for blackness (and vice versa). His book project, Sonic Overlook: Blackness between Sound and Image, examines the ways in which sonicity intervenes in black visuality. Chip's writing has appeared in Black Camera, In Media Res, liquid blackness, ASAP/J, and the anthology At the Crossroads. He is on the editorial board of liquid blackness journal.